Kenya General elections Took place peacefully on the election  day, we pray the peace to be hold even in the results announce day. This articles gives you stunning events that occurred during the election process in various polls in Kenya.

Kenyans went to the polls on Tuesday to vote in a presidential contest between Deputy President William Ruto and opposition leader Raila Odinga.

Even though the Electoral Commission announced yesterday’s vote for governor would be cancelled due to what it called “printing errors,” Mombasa voters are still in long lines.

By 8 am, a few polling places still hadn’t started the election, which was supposed to start at 6 am. Voters began shouting and demanding the opening of polling places as tempers were fraying. 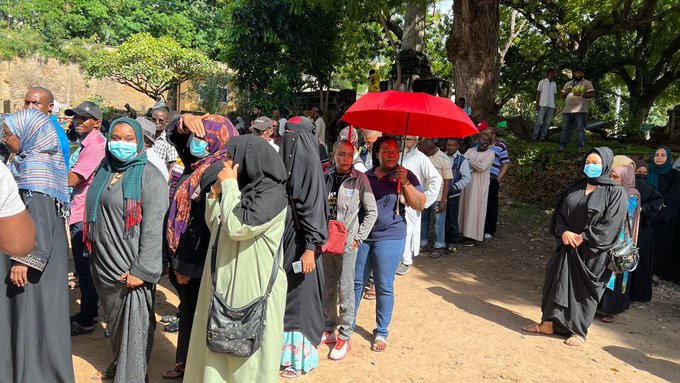 Tempers were running hot as some voters started shouting and demanding the opening of polling stations.

After the electoral body postponed the parliamentary vote in the constituency due to missing ballots and boxes, voters in Rongai, Nakuru County, protested. There are anti-riot police on duty. 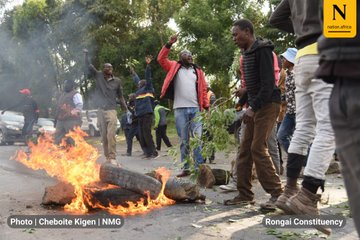 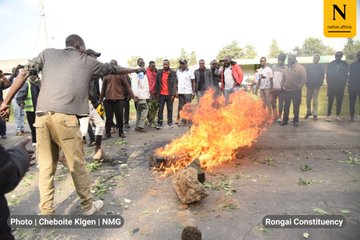 Just over 12 million Kenyans, or 56 percent of eligible voters, have cast ballots thus far, according to the IEBC. Manual registers and those who are still in lines are not included in this number. 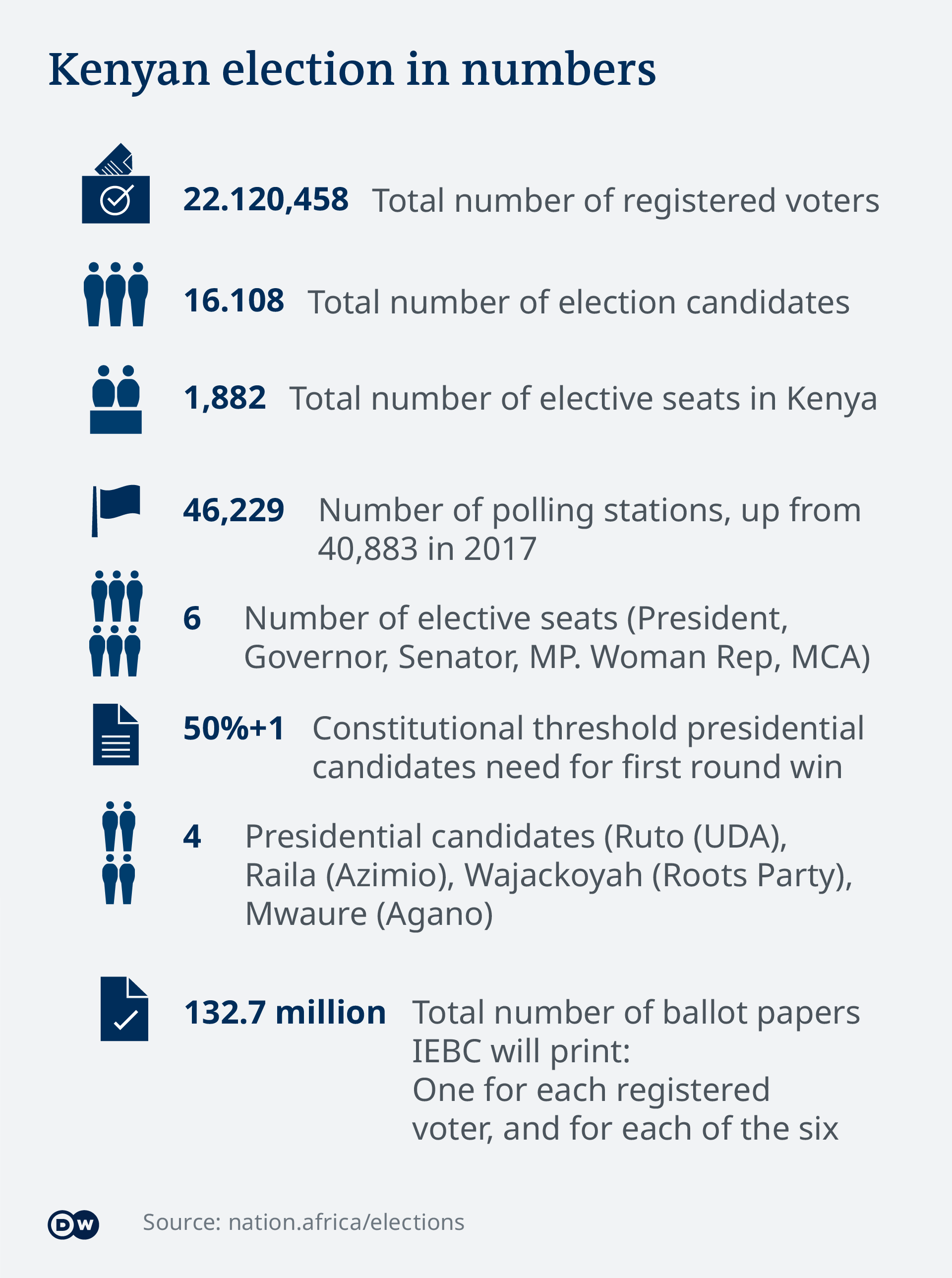 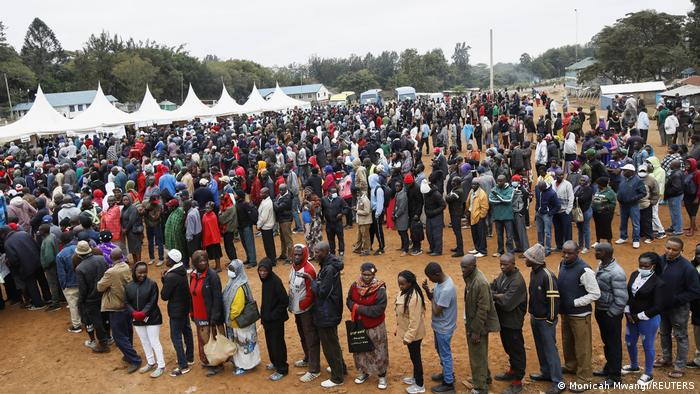 After 11 hours of voting, many polls were closed at 5 o’clock local time. However, the IEBC reported that in some places where there were delays, the voting hours had been extended. The focus now shifts to tallying and counting the votes. The initial outcomes are anticipated soon.

Arrests over malpractice | Arrests for irresponsibility

The MP for Nakuru East, David Gikaria, was also taken into custody for allegedly attacking a polling place.

In addition, when they staged a protest at the Tudor village polling place against claims of vote fraud, Omar Shallo, a parliamentary candidate for the United Democratic Alliance (UDA), and Samor Bhalo, a candidate for Tudor Ward, were detained by police. 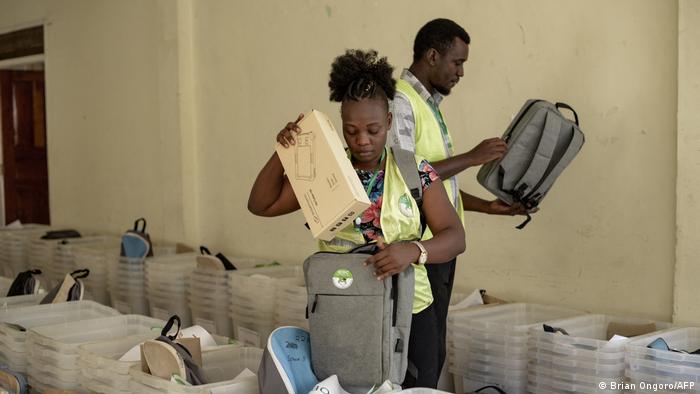 Azimio demanded that the law’s 11-hour window be adhered to by officially announcing the extension of voting hours and releasing a list of all polling places where voting has yet to start.

“Technology does malfunction, but there are solutions available to us, and we have taken those steps.”

We anticipate that one or two systems may malfunction, but this does not necessarily indicate a systemic issue.

Wajackoyah fails to cast a ballot

George Wajackoyah, a candidate for president, was unable to cast a ballot because the KIEMS kit used by the Independent Electoral and Boundaries Commission at his polling place did not identify him. 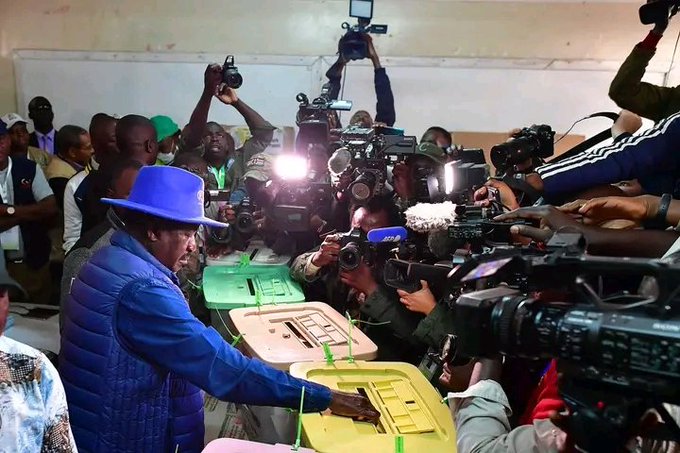 The Smallest Number of Candidates

Four candidates were approved to run for president from a preliminary shortlist of 17, the fewest since multiparty democracy started in the early 1990s. Uhuru Kenyatta, the incumbent, has served two terms and is ineligible to run again.

Before taking on the role of deputy president in 2013, William Ruto, 55, worked as a lawmaker and as the minister of agriculture. The aspirational politician from humble beginnings is running for the United Democratic Alliance (UDA), promising to stand up for “hustlers” just trying to get by. The race for the presidency is close between Ruto and Odinga.

George Wajackoyah, a 63-year-old eccentric lawyer and former spy who grew up on the streets of Nairobi, is running for the Rastafarian-inspired Roots Party. He has pledged to legalize marijuana as well as export hyena testicles and snake venom to China.

Senior attorney and ordained minister David Mwaura, 65, is a candidate for the Agano Party (Swahili for “covenant” or “promise”).

About 150,000 officers have been deployed to ensure the safety of the polls, police chief Hilary Mutyambai said. Polling day has been declared a public holiday, schools have been ordered closed until Wednesday, and supermarkets have urged people to stock up.

In some polls just after the voting process closing the count started.

To win the presidential race in the first round, a candidate needs:

Voters also were choosing MPs and senators to go to the national parliament, county governors and county assembly members, as well as 47 women’s representatives to sit in the National Assembly.(2022 Kenya Elections Breathtaking Events)

On election day, voters had their fingerprint scanned to check their identity but a printed register can also be used if the machines fail.

Each voter was then be given colour-coded ballot papers for each of the elections, which they will mark in a private booth and drop in the relevant ballot boxes

When will be the Release or the kenya presidential election Results 2022?

Results are due to be announced no later than August 16. Any second-round runoff, which would be a first in Kenya’s history, must be held within 30 days. If no candidate files a challenge to the results with the Supreme Court, the winner takes office two weeks after the final results are announced. But if the court orders an annulment, a new vote must be held within 60 days.

Kenyans casted their ballots in a hotly contested presidential election

In a historic decision in 2017, the court declared Kenyatta’s win null and void after a petition by his rival Odinga because of widespread “irregularities and illegalities” in the counting process and mismanagement by the Independent Electoral and Boundaries Commission (IEBC). However, the incumbent went on to win the rematch after an opposition boycott.

what happened during kenya general election