The 7 Best National Parks in Tanzania You Should Visit

National parks in Tanzania offer some of the best nature experiences and wildlife viewing opportunities in the country. Not only that, but these national parks are also home to a number of the most iconic species found in Africa.

Whether you’re an avid nature lover or just looking for something new to explore, you will find something worth your time and money in any one of these seven national parks.

Tanzania offers many amazing places, especially if you are interested in seeing animals from all over the world. 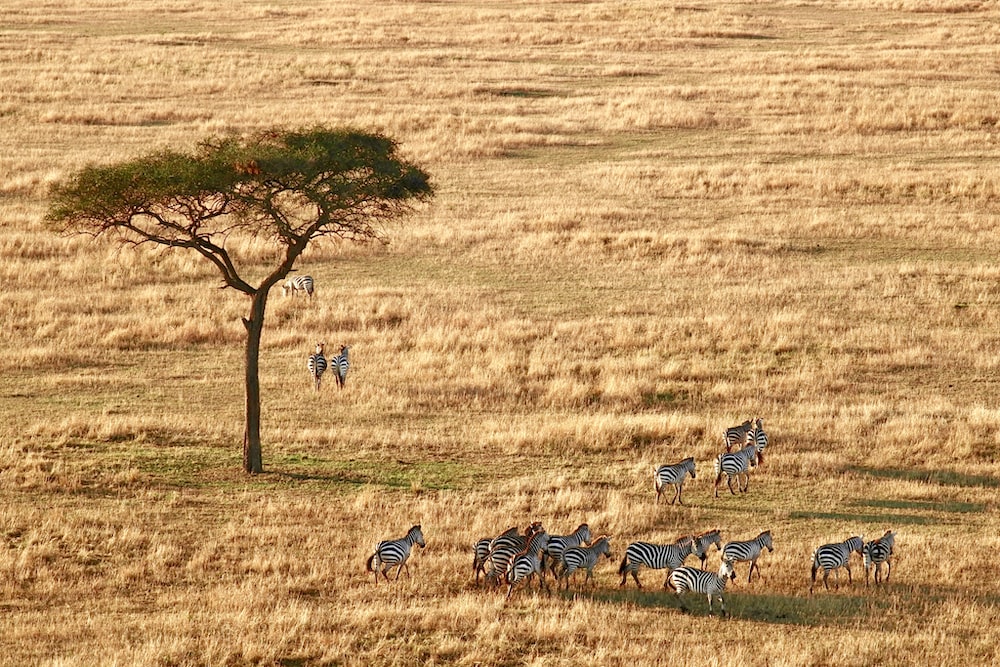 The park is home to the Great Migration, which is one of the most amazing wildlife experiences you can witness in Africa.

The park is famous for its annual wildebeest migration – one of the great natural wonders of the world that is best seen from June to October.

Serengeti national park is also home to a variety of other wildlife, such as

Dar es Salaam is the largest city in Tanzania and is also home to the country’s most popular marine park.

The park is located at the mouth of the Indian Ocean and is home to a variety of marine life, such as dolphins, whales, dugongs, turtles, and a wide variety of fish species.

Dar es Salaam Marine Park is also known for its beautiful beaches and coral reefs, which are great for water sports and snorkeling.

Kilimanjaro National Park is located in the Northern part of Tanzania and is home to the mighty Mount Kilimanjaro.

Kilimanjaro is Tanzania’s most famous natural attraction and a UNESCO World Heritage Site. Mount Kilimanjaro is the highest free-standing mountain in the world and is an amazing natural wonder and an “iconic African experience.”

Kilimanjaro National Park is also home to a variety of wildlife, such as red colobus and blue monkeys, baboons, lemurs, bush pigs, impalas, gazelles, and many species of birds and reptiles.

Lake Manyara National Park is located in Tanzania’s Southern Highlands, near the border with Kenya.

The park is known for its large variety of plant species and is a great place to visit during the rainy season.

Manyara is home to a wide variety of wildlife, such as African bush elephants, hippos, crocodiles, a variety of monkeys, and hundreds of bird species.

Mahale Mountains National Park is located in the Western part of Tanzania. Mahale is home to a variety of primates, such as western red colobus monkeys and chimpanzees.

The park is also home to several other wildlife, such as African bush elephants and a large variety of birds.

Meru National Park is located in the Northern part of Tanzania and is home to the spectacular Mount Meru.

Meru is also home to a variety of wildlife, such as black and white colobus monkeys, Thomson’s gazelles, impalas, waterbucks, bush pigs, and several bird species.

The Mara seed is the name given to the section of the Great Mara National Park that is located along the Mara River.

The Mara rainforest is one of the largest in Eastern Africa and is home to an incredible variety of plants and wildlife.

The forest is home to a wide variety of primates, such as blue monkeys, black and white colobus monkeys, and the rare red-tailed monkey.

If you look beyond the images of smiling Maasai and animated lions, you’ll discover that Tanzania is a country with hidden gems. The East African country is home to one of the largest continuous tracts of tropical forest in Africa, and it is also the second-largest conservation area after Kenya.

When it comes to national parks in Tanzania, this makes for an impressive list of nature escapes. However, with so many options available, which ones should you put at the top of your bucket list? Let’s take a look and see which are worth adding to your travel plans.

Ruins of The Lost City of Tanga

Once known as Rhapta, the Lost City of Tanga was once a thriving port. It is estimated that Rhapta was roughly 2,000 years old when it was abandoned.

Today, it is a UNESCO World Heritage site, and it is well worth a visit. You’ll find the remains of Rhapta in the village of Tanga.

If you want to get a glimpse of this lost city, you’ll need to hire a car or take a tour.

Be warned, however, that it is a bit out of the way, so it’s important to book your excursion in advance.

Lake Manyara National Park in Tanzania is home to a wide range of wildlife and has one of the most diverse ecosystems in Tanzania.

The park’s highlights are the lake’s changing colors and a large number of bird species you’ll find there.

You can also spot crocodiles and hippos in the river that flows into the lake. The park is open throughout the year and is particularly good during the dry season, between May and October.

The best way to explore the park is by hiring a safari guide who can show you the most interesting sights.

The Ngorongoro Conservation Area is home to the world’s largest unfilled volcanic caldera. You’ll find that this caldera is also home to one of the most spectacular sights in the country.

Only a mile from the edge of the caldera, you can spot over 100,000 wildebeest, several thousand zebras, a few hundred Thomson’s gazelles, and plenty of other animals.

If you want to see all of this on an organized tour, you can arrange to visit the Ngorongoro Conservation Area between June and October.

However, if you want to experience one of the wildebeest migrations that occur in this area, you’ll need to visit between July and October.

The ruins of the ancient city of Kurasha and the nearby port city of Tanganyika are located just a few miles outside of Dar es Salaam.

The remains of the two cities, which were built by the Swahili people around the 13th century, are now home to several museums and other attractions.

To visit both of these ruins, you’ll need to hire a car as well as a guide.

You can visit them on a day trip from Dar es Salaam, but you’ll need to start very early.

Located near the town of Arusha, Arusha National Park has a wide variety of animals including elephants, buffaloes, lions, and leopards.

You’ll also find plenty of birds and plants in the park, making it a great spot for nature lovers. You can visit Arusha National Park year round, although it’s best to visit between the end of September and the middle of February.

If you visit during the rest of the year, you increase your chance of coming across a storm.

The park is open every day of the year and costs $30 per person to enter.

National Parks in Tanzania are a great place to do some wildlife spotting. However, they are also an excellent place to see the country’s diverse cultures and landscapes.

When choosing the best national parks in Tanzania to visit , you’ll want to consider how much time you have, how much the tour costs, and the best times to visit.

These national parks in Tanzania are the perfect way to get a taste of Tanzania’s varied and vibrant culture and rich wildlife.

See 8 Ways To Get Your Dream Tanzania Travel Package For The Best Price!

World Tourism Day 2022: Why and 3 ways to Celebrate

The Inclusive Growth of Tourism in Tanzania

The Inclusive Growth of Tourism in Tanzania

World Tourism Day 2022: Why and 3 ways to Celebrate

8 Ways to Get Your Dream Tanzania Travel Package for the Best Price!