Kenya elections 2022 are scheduled to be held in Kenya on 9 August 2022. Voters will elect the President, members of the National Assembly and Senate, county governors and members of the 47 county assemblies

Who will be the next president of Kenya Due to kenya Elections 2022? President Uhuru Kenyatta’s successor will be chosen on August 9, when more than 22 million voters head to the polls. There are four candidates vying for his post. Who are they?

The Kenyan presidential succession contest appeared to be a contest between the two leading candidates, former Prime Minister Raila Odinga and Kenya’s Deputy President William Ruto, for months. The new polling reveals that the entrance of Wajackoyah and Waihiga has added a new dimension to this presidential race.

A poll conducted by TIFA Research on July 11 revealed that Wajackoyah had a national popularity rating of 4 percent, with 8 percent of respondents in the South Rift region favoring him.

Only four candidates and their running mates had been cleared as of June 6, 2022, since Walter Mong’are’s bid for presidency was rejected after it was discovered that he did not hold a degree from an authorised institution as required by law.

A final list of presidential candidates is provided below.;

The Independent Electoral and Boundaries Commission (IEBC) received the full list of 47 independent candidates on May 2, 2022.

The commission released the names of the 38 candidates who had been accepted on May 13, 2022. The candidates were required to submit their symbols to ensure that voters would be able to easily recognise them on election day.

Raila Odinga was endorsed by the following people who declined to run for president:

William Ruto was endorsed by the following people who reasons not to run for president:

Understand the Background of Kenya Elections 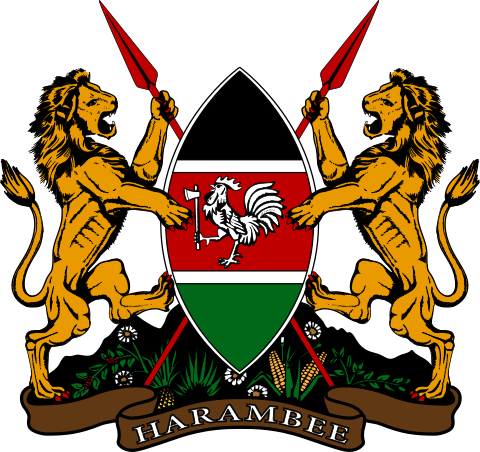 According to the Kenyan Constitution, parliamentary elections must be held on the second Tuesday in August every fifth year, which means that the next one will be held on August 9, 2022. If Kenya is at war, an election may be postponed if a resolution is passed in each House of Parliament by at least two-thirds of all members.

Delaying the election by as much as six months or by as many times as necessary, but not more than 12 months cumulatively, is possible if a resolution to postpone is approved.

Because of the two-term limit in the Constitution of Kenya, incumbent president Uhuru Kenyatta is ineligible to pursue a third term.

Who should you vote for Kenya elections 2022?

To find out who’s worth voting for, we need to understand the core values of each major political party.

There are a few different ways you can do this, including the traditional view, where you ask yourself how each party would handle certain issues, and a more advanced method, where you find out how much money they’re taking from corporate donors, to see how aligned they are with your values.

You can also choose a different party every time, as each one has positives and negatives, but the best way to choose which party to vote for is to ask yourself this simple question: “If the election were tomorrow, and you knew you could only vote for one party, which one would you pick?”

When you go to participate for Kenya elections 2022, don’t just pick the party you’ve always voted for. Instead, ask yourself what you want from the future, and then pick the party that aligns with your core values.

If you do that, chances are you’ll make the right choice, and you’ll probably be happier with the outcome.

Now that you know who should you vote for, you’re ready to make an informed decision. Good luck at the polls!

Kenya Elections 2022: The Challenges And The Prospects