This weekend, Kaizer Chiefs will play their eighth DStv Premiership game at home against SuperSport United on Saturday.

The team led by coach Arthur Zwane is seeking three points in this contest after a discouraging 1-1 draw in their most recent match against Marumo Gallants last Sunday in Phokeng. At FNB Stadium prior to that game, Amakhosi and AmaZulu split the victory.

Gavin Hunt is the coach of Supersport United, who have won three straight league games against Richards Bay, Mamelodi Sundowns, and most recently Maritzburg United on Friday.

After seven league games each this year, Amakhosi and Matsatsantsa are separated on the log by three points, with the home team having eight points and the visitors having eleven.

Preparation: words from The Coach

According to coach Arthur Zwane, the technical team is doing a good job of preparing the team. They will determine which of the players who were unavailable last week will be available this week.

“Due to a variety of factors, we were unable to choose from a number of guys, including Siyabonga Ngezana, Cole Alexander, Khama Billiat, Reeve Frosler, and Nkosingiphile Ngcobo. As we need all of the guys to participate in the matches, we will use the upcoming days to determine which ones can “The Coach says.

At 20:00 on Saturday, the Phefeni Glamour Boys and Matsatsantsa a Pitori will face off in this historically tense and unpredictable match(Kaizer Chiefs vs SuperSport Utd 17/09/2022) at FNB Stadium.

See HERE, the information on where and how to purchase your ticket online.

See Also: lineup plan for the match on Saturday this weekend.

SuperSport United defeated Maritzburg United 2-1 on Friday night at the Harry Gwala Stadium in Pietermaritzburg to make it three straight victories in the DStv Premiership.

SuperSport Team led by head coach Gavin Hunt, struggled in the first half, but they improved in the second and took the lead through Thatayaone Ditlhokwe (57′), before Lucky Baloyi (58′) quickly brought the score back to par.

However, the Spartans continued their league comeback by scoring again through the head of Onismor Bhasera in minute 73, moving past Team of Choice and into sixth place, two points behind league leaders Mamelodi Sundowns.

Maritzburg wanted to build on their 1-0 victory over Orlando Pirates last weekend, while SuperSport wanted to maintain their winning ways after defeating Richards Bay and Sundowns back-to-back. 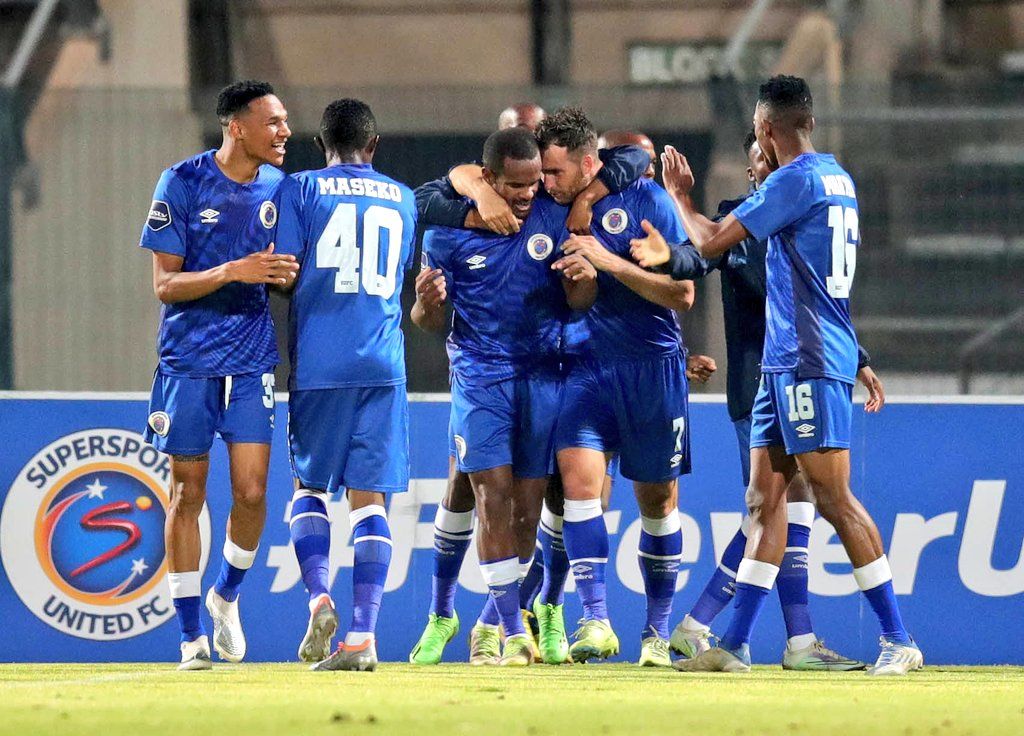 The hosts made a bright start in Pietermaritzburg and went on to dominate proceedings in the first half, with Brian Hlongwa heading an early free-kick wide of the left post in the fourth minute.

Amadou Soukouna went closer with their next chance on 10 minutes as he tested George Chigova with a header from Lucky Baloyi’s cross, and the Frenchman threatened again four minutes later when his daisy-cutter flashed just wide of the left post from inside the box.

SuperSport weren’t having much luck in the final third, although Thalente Mbatha had two pops at goal from long range, with his first attempt drifting just to the right of the target on 17 minutes before he missed his mark once again in the 36th minute from a free-kick.

Tumelo Njoti was presented with two opportunities in the closing stages of the first half, drawing a save out of Chigova with a strike from range on 45 minutes after shooting wide of the right post from inside the area three minutes earlier.

There was a flurry of chances at both ends after the restart as the two teams vied for control in the second half. Bhasera steered a header wide of the right post from Iqraam Rayners’s cross on 48 minutes before Rowan Human forced Chigova into a save with a shot from inside the box four minutes later.

King Ndlovu was then called into action to keep out Thapelo Maseko’s effort from range on 56 minutes, but he was beaten just moments later as Ditlhokwe headed home a corner from close range.

However, SuperSport were pegged back within seconds when Baloyi picked out of the bottom left corner of the net with a shot from inside the area after Maritzburg launched a swift attack from the kick-off.

The Team of Choice were made to pay for slack marking once more on 73 minutes though, as Bhasera ghosted in to head Gamphani Lungu’s cross past Ndlovu from inside the six-yard box.

Matsatsantsa survived late pressure to hold on for all three points, with Friday Samu heading a free-kick wide of the right post on 84 minutes before Chigova denied Genino Palace from range in the 86th minute.

Let us Look Forward for the Big Match: Kaizer Chiefs vs SuperSport Utd 17/09/2022