Club Africa and Kipanga FC will square off later today October 8, 2022, at 13:15 UTC. The contest is a CAF Confederations Cup Qualification round match.

Club Africain is a Tunisian football team that plays in the Tunisian Championship and is based in Tunis. It sponsors teams in a variety of sports, including volleyball, basketball, swimming, and handball.

The results will be lively updated here.

Teams have never met in any competition. 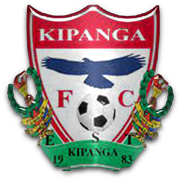 Club Africain (Arabic: النادي الإفريقي) is a Tunisian football team that plays in the Tunisian Championship and is based in Tunis. It fields teams in a variety of sports, including volleyball, basketball, swimming, handball, and football.

The football team won the Maghreb Cup Winners’ Cup in 1971, making them the first Tunisian club to do so. Twenty years later, in 1991, Club Africain won the African Champions League for the first time with a Tunisian team.