At the Lucas Masterpieces Moripe Stadium in Atteridgeville on Tuesday night, SuperSport United defeated Royal AM 3-1 to earn their first-ever victory. 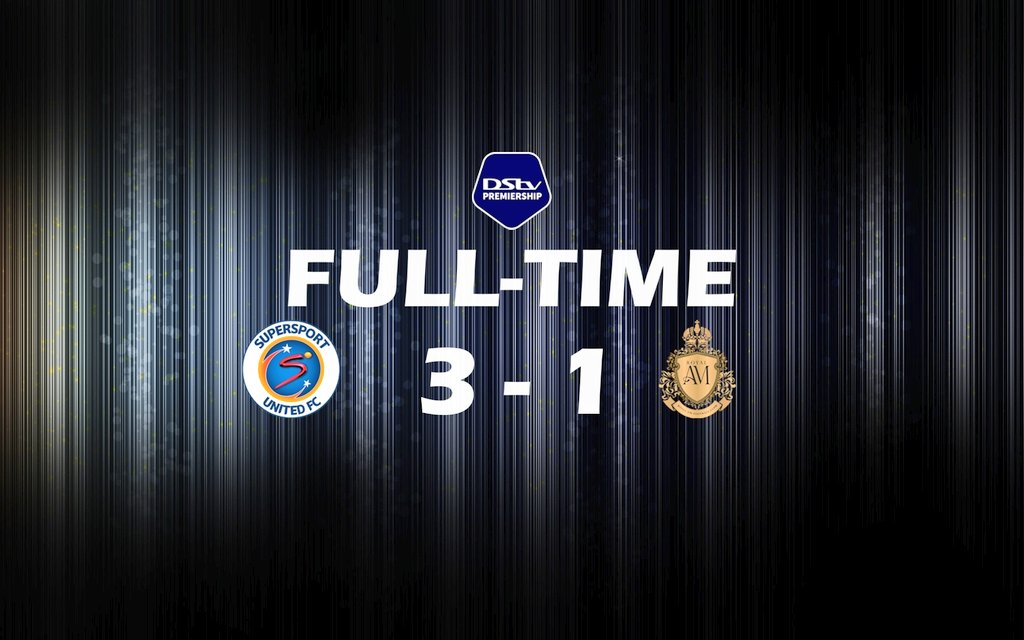 However, Matsatsantsa regained the lead through Grant Margeman’s goal on minute 81, and Bradley Grobler added a third goal in stoppage time to move them up to third in the DStv Premiership standings, dropping Royal to sixth.

Both teams were hoping to return to winning ways after their respective recent losses—the Spartans to Kaizer Chiefs by a score of 2-1 and Royal to Richards Bay by a score of 1-0.

After a slow start in Pretoria, the game picked up around the quarter-hour mark when Grobler met Patrick Maswanganyi’s cross but was unfortunate to see his header rebound off the crossbar.

The hosts threatened again five minutes later as a corner-kick found its way to Jamie Webber, who struck a powerful shot towards goal, but Patrick Nyame made a fine save to concede another corner.

At the halfway point, SuperSport captain Onismor Bhasera nearly scored with a diving header from Grobler’s cross that just missed the left post.

A chance was finally created for the KZN team four minutes after the break when Kabelo Mahlasela lined up a shot from outside the box that just missed the right post. The KZN team had managed to hold out until halftime.

However, the visitors’ goal was soon under threat once more as Maswanganyi’s effort from inside the area on the left forced Nyame into a save before Gabuza tested the home goalkeeper after connecting with Webber’s cross.

Moments later, Matsatsantsa’s efforts would pay off when Gabuza connected with a cross from Maswanganyi and diverted a header past Nyame to break the tie.

After combining with Grobler, Gabuza kept going and nearly scored again on the 66th minute, but his long range shot missed the left post by a whisker.

Thwihli Thwahla attempted to respond, with Thikazi forcing a superb one-handed save from Ricardo Goss in the 73rd minute. Two minutes later, he beat the goalkeeper with a long-range shot that landed in the bottom left corner of the goal.

However, the score remained level for just six minutes as Margeman scored from outside the area, beating Nyame to the ball.

In the 88th minute, Thabo Matlaba had a long-range attempt blocked by Goss, but Grobler pounced from close range to score his fourth goal of the year and seal the victory.

SuperSport United » Record against Royal AM

This has entered into the World Record.

Bellow is the lineup for SuperSport That brought this great outcome of the new record.