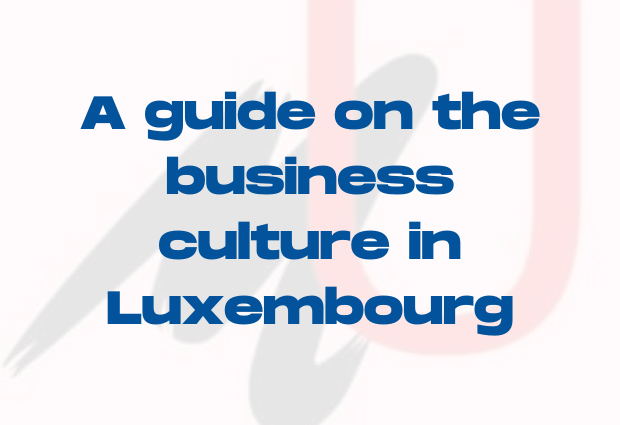 Many Luxembourgers exhibit polite aloofness, especially when speaking to foreigners. Respecting someone’s privacy and keeping personal and professional affairs separate are the goals.

A firm handshake is appropriate when introducing yourself to a coworker or business associate. Good friends kiss each other three times on the cheeks, but men don’t kiss each other.

Stick to formal behavior when conducting business and continue to use last names and the official address unless otherwise instructed.

Business attire is typically formal, not particularly fashionable, but rather on the conservative side.

The majority of Luxembourgers strive for a classic and sophisticated appearance, and they frequently use a restrained color scheme and are conscious of brands and high quality. Women dress in a suit, a dress, or a blouse and skirt, while men wear a suit and tie.

Because Luxembourgers are proud of their national identity, they do not identify with the French or their neighbors in Belgium or Germany. Being aware of regional customs and etiquette is necessary when conducting business in Luxembourg.

Don’t forget to bring a small gift, flowers, chocolates, or a fine bottle of wine when you are invited to someone’s home for dinner.

Business people frequently exchange business cards during their initial meetings. In a typical card, the job title and academic title are mentioned. Having cards printed in both French and German is advised when conducting business with Luxembourgers.

The Hierarchy in Luxembourg

The hierarchies in traditional Luxembourgish business culture are clear, rigid, and relatively steep. They demonstrate the impact that Christianity, specifically Roman Catholicism, has had on social mores and protocol. High-ranking employees are treated with a lot of respect.

Despite the traditionally dominant organizational structures within businesses and organizations, a management style that encourages greater employee and subordinate involvement has gained popularity over the past few decades.

The people of Luxembourg are logical and practical. Assertiveness and harsh criticism are not welcome in a world where charm and courtesy are the norm.

Both long-term and short-term developments are involved in creating a business strategy. Decision-making is relatively slow in Luxembourg because people carefully weigh potential risks.

Meetings in Luxembourg are typically brief. Only a minimum amount of small talk typically precedes business. Attendees adhere closely to protocol and a code of conduct. Major decisions are typically made prior to meetings; meetings are frequently just used to formalize decisions and give instructions.

How to Negotiate Business in Luxembourg

Be cautious not to rush negotiations with a Luxembourgish business partner, and observe the formal protocol. Avoid using pressure-inducing techniques because they might backfire.

The business climate in Luxembourg favors caution and reason over emotional outbursts. Similarly, bragging about past successes or making inflated claims won’t help you gain respect. When presenting your idea, offer, or business model, be sure to be well-prepared. Keep looking people in the eyes as you speak.

Decisions should ideally be based on consensus, which could result in a protracted negotiation process; each party should gain from a particular decision.

At the top of the organization, decisions are made in secret. Therefore, before beginning negotiations, it is important to confirm that the person chosen to represent each party has the authority to do so.

Both deadlines and schedules are important in Luxembourg; unless absolutely necessary, they are strictly followed. Additionally, punctuality is taken seriously, especially in a professional setting but also with regard to social events. It is best to try to call the waiting party if one is going to be late for whatever reason, so they can be prepared for the delay. 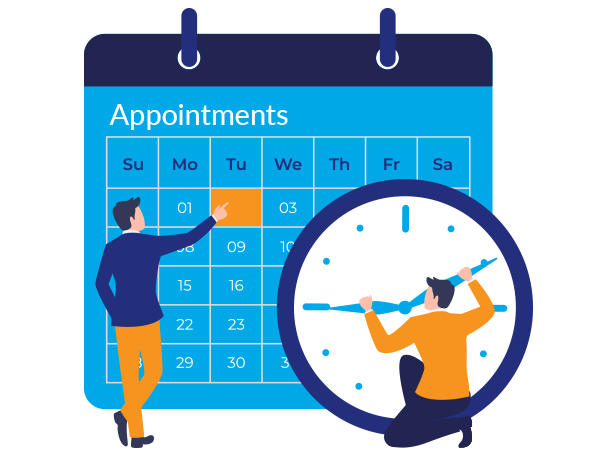 Although using one’s pre-existing contacts in this way can be beneficial, you won’t always need a third party introduction to contact someone.

Schedule any necessary business meetings two weeks in advance. Avoid scheduling appointments in the months of July and August, as well as during the holidays of Christmas and Easter, as many people will use these times to travel.

Luxembourg is a country in Northern Europe that shares borders with Germany, France, and Belgium. The “Blue Banana,” or principal axis of urbanization and development in Europe, runs from the West of England to Milan and includes Luxembourg. The “Oesling” region in the north of the country, which is a portion of the Ardennes, is characterized by low mountains and rolling hills.

More people live in the “Gutland,” the southern region of the nation. It is also more diverse and can be divided into five geographical areas: the Red Lands, the Valley of the Seven Castles, the Moselle Valley, the Luxembourg plateau, and Little Switzerland.

The southwest is a former global leader in the production of iron and steel.

It is also a component of the Luxembourg-Lorraine mining basin.

With a population of about 650,000 people and a land area of 2,586 square kilometers, Luxembourg is the smallest country in the European Union.

The majority of the native population speaks Luxembourgish, the nation’s official language, a synthesis of Dutch, old German, and Frankish. Additionally, German and French are official languages.

The moderate continental climate of Luxembourg is distinguished by mild winters and cool summers. The northern high peaks of the Ardennes offer protection from the ferocious north winds. The country receives a lot of rain, with annual precipitation averaging about 75 cm nationwide. Luxembourg uses Central European Time and observes CET (UTC+1) in the winter and CEST (UTC+2) in the summer. This is because it is located in Central Europe.

The high-income market economy of Luxembourg has high levels of innovation, moderate growth, and low inflation. Although Luxembourg is ranked 94th in the world in terms of nominal GDP, its GDP per capita of about $80,000 places it in second place globally.

There is unrestricted movement of goods between member countries and Luxembourg. The Prime Minister of Luxembourg is the head of state, and the Chamber of Deputies, who are elected to 5-year terms, has legislative authority. Luxembourg’s political system is a representative democracy with a constitutional monarchy.

Xenophobia: Being a foreigner in Luxembourg

Luxembourgers are, on the whole, very amiable and welcoming. In keeping with their motto, “We want to stay as we are,” the Luxembourgish are adamant about standing out as a distinct country within the context of the rest of Europe.

Primary education lasts for six years, and at the age of 12, children will proceed to either a general or technical secondary school to complete a further seven years of study. A “Diplôme de Fin d’Etudes secondaires” is awarded at the end of this period. Higher education in the Grand Duchy of

Other issues, such as transport infrastructure,

On the road leading to Grevenmacher, 4 miles east of the city, is where you’ll find Luxembourg’s Findel Airport. Flights are available from the national airline, Luxair, to 21 locations in Europe. Luxembourg’s extensive rail network connects to every destination in Europe. This is one of the most practical and affordable ways to get to the capital. However, due to competition from road transportation, it has experienced some problems. Taxis are a convenient but expensive alternative. 10% is the customary gratuity for cab drivers. About 15 minutes separate the airport from the city center.

You should be aware of the following in order to respect and avoid offending your Luxembourgian colleagues’ beliefs and ideals:

Building and maintaining strong business relationships and comprehending Luxembourgian culture will be significantly helped by an awareness of and respect for these issues.

What Channel Number Is FS1 On Spectrum