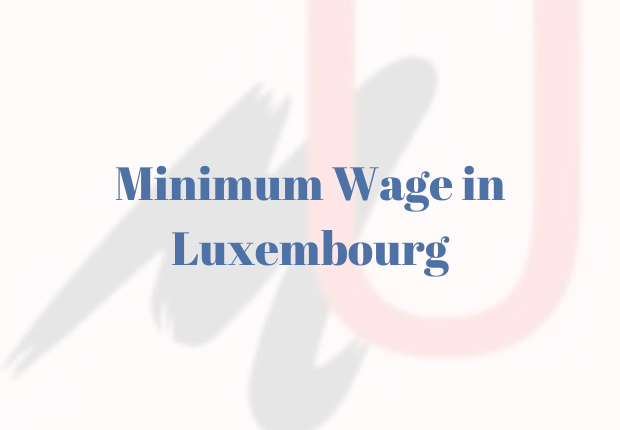 Salary and Minimum Wage in Luxembourg: Valid until October 2022, the minimum wage as of April 1, 2022, The sums are in euros, The sums are prior to taxes.

Is working in Luxembourg a good idea?

For many years, working in Luxembourg has been a desirable option for expats who want to take advantage of the low unemployment rate, low inflation, and strong economic growth of the nation, particularly for those with a university degree, a trade qualification, specialized skills, and/or a lot of work experience.

Based on a 40-hour workweek, minimum wages are determined.

Employees in Luxembourg typically work 8 hours per day and 40 hours per week. The employer may choose a time frame for comparison in which this working time is used more arbitrarily. In order to do so, the employer must first: or a plan for organizing the work (POT)

Minimum wage in Luxembourg Per hour

With a 40-hour workweek as the norm, the following rates can be used to approximate Luxembourg’s minimum wage per hour:

The minimum wage in Luxembourg for skilled and unskilled workers

To be considered skilled, a worker must possess credentials or experience that are on par with one of the following levels:

Luxembourg’s definitions of a skilled worker

In order to be regarded as a skilled worker, the employee must:

These agreements frequently exist in sectors with unconventional working procedures. For instance, companies with unusual hours or those that are open round-the-clock.

If a collective bargaining agreement exists for the concerned industry, the minimum wage cannot be less than the federal minimum wage.

In Luxembourg, employers are required to pay both men and women the same wage for comparable work, and those with fixed-term contracts must receive the same pay as those with permanent ones. The rules also apply to part-timers, who must receive pro-rata payments at the same rate as full-timers.

In Luxembourg, a standard workweek is only allowed to be 40 hours long; any additional hours require an overtime wage. Although most Luxembourgish employees are covered by this rule, it does not apply to directors, managers, or independent contractors.

The legal maximum working day is 10 hours, and any overtime requires approval from the Ministry of Employment. The government permits some industries to hire workers on Sundays as long as the work is voluntary and compensated at twice the standard wage.

Some employers give their staff a thirteenth month bonus at the end of the year or during the holidays, though this practice is not common across all industries. Others, however, provide a profit-sharing bonus based on the company’s annual performance.

Only 4% of Luxembourg workers, according to a report from the OECD Better Life Initiative published in November 2017, put in extremely long hours. However, there were distinctions between the working environments for men and women. Despite having a 10% lower unemployment rate than men, women were more than twice as likely to work in low-paying jobs.

The average salary in Luxembourg

The median salaries for popular jobs are as follows, according to information from the survey website Pay Scale, with the average annual salary in Luxembourg being €59,923:

The highest-paid jobs in Luxembourg

According to Statec, the statistical office of Luxembourg, those who work in the financial and insurance sectors make the most money, followed by those who produce electricity, scientists and engineers, IT specialists, and teachers. The sectors of lodging and food were, however, those with the lowest wages in Luxembourg.

The OECD report also revealed secondary school teacher salaries began at €73,700, placing Luxembourg at the top of the earnings list across major developed countries, despite not being the highest paid position in the nation.

You can find more details at:

Archives for Minimum Wage in Luxembourg