Istanbul, Turkey is home to the Atatürk Olympic Stadium, also known as Atatürk Olimpiyat Stad (pronounced [aˈtatyɾc]). It is the biggest stadium in the nation and is situated in the western Kitelli neighborhood.

The first President of the Republic of Turkey and its founder, Mustafa Kemal Atatürk, is honored by having the stadium bear his name. Its building process started in 1999 and was finished in 2002.

It was initially constructed for Turkey’s unsuccessful bid to host the 2008 Olympic Games, which Beijing, China ultimately won. About US $140 million was spent on it.

It was given the “5-star sports complex” designation by UEFA in 2004, allowing it to host the finals of UEFA competitions due to its 76,761 (all-seater) capacity and Olympic size. On May 25, 2005, Milan and Liverpool squared off in the 2005 UEFA Champions League Final at the Atatürk Olympic Stadium.

The stadium has hosted a number of European athletic competitions and is recognized by the IAAF and IOC as a top-notch track and field venue.

The stadium was initially set to host its second Champions League final on May 30, 2020, between Paris Saint-Germain and Bayern Munich, but due to the COVID-19 pandemic in Europe, the match was postponed and later rescheduled to August at the Estádio da Luz in Lisbon, Portugal, behind closed doors; the stadium was then set to host the 2021 final between Manchester City and Chelsea, but the match was again moved to Portugal, this time to the Estádio da Luz.

The stadium will host the UEFA Champions League Final in 2023.

The location served as Istanbul BB’s home stadium until they relocated to the Başakşehir Fatih Terim Stadium in 2014.

During the 2003–2004 football season, Galatasaray’s home matches were played at the Atatürk Olympic Stadium because their own stadium, the Ali Sami Yen Stadium, was undergoing renovations.

Galatasaray eventually moved back to Ali Sami Yen for the 2004–2005 campaign, but they played their group stage UEFA Champions League games at the Atatürk Olympic Stadium in 2006–2007.

In addition, Sivasspor played some of its Super Lig home games at the Atatürk Olympic Stadium because the weather was too bad at their primary home stadium.

In the 2013–14 season, Beşiktaş played the majority of their home matches there for the same reason Galatasaray did—their own stadium, Vodafone Park, was being built. Fatih Karagümrük has called the stadium home ever since being promoted to the Süper Lig in 2020.

The Istanbul Atatürk Olympic Stadium was initially planned as part of the city’s bid to host the 2008 Olympic Games.

The steel structure fabrication plant in Ceyhan, Adana, operated by Tekfen, produced the stadium’s two steel roofs, which each weighed 2,800 and 1,300 tons, respectively. The west roof is supported by two 196-meter-long reinforced concrete shafts and is designed in the shape of a crescent. Its main component is a 1,000-ton mega-truss.

The Olympic Stadium’s 134 entrances and 148 exit gates enable 80,000 spectators to leave in 7.5 minutes in the event of an emergency. A tunnel directly connects two annex fields to the Olympic Stadium (for warm-up and training purposes).

The technical infrastructure and design of the Olympic Stadium guarantee optimal visibility from every seat; a uniform sound level (102 decibels) with contemporary speaker systems; and 1,400 lux of illumination throughout the entire stadium. 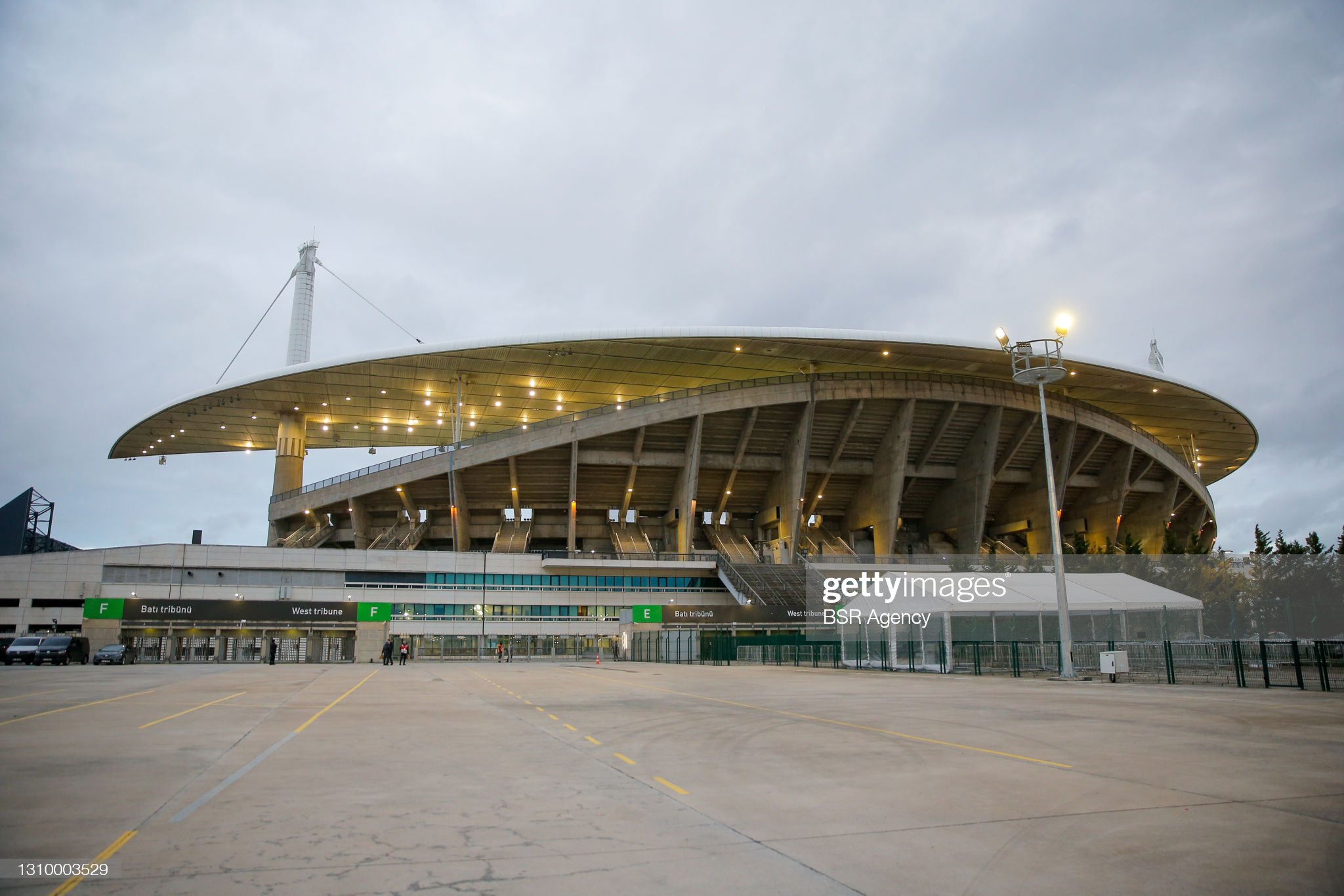 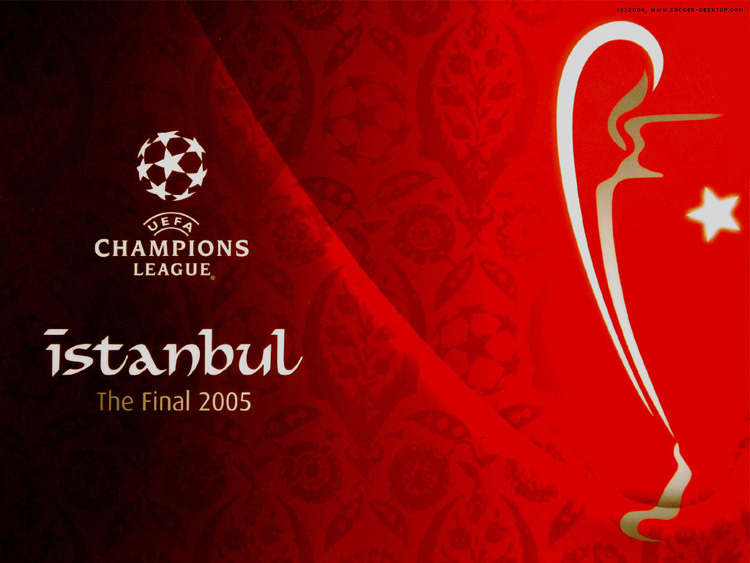 The stadium could hold 80,597 people from 2002 to 2005. (all-seater). Prior to the 2005 UEFA Champions League Final, the final match of Europe’s main club football competition for the 2004–05 season, this was later reduced to 76,092 (all-seater) by removing the seats from which it was not possible to see the entire pitch.

The highlight match, dubbed “The Miracle of Istanbul,” was played on May 25, 2005, between Liverpool F.C. of England and A.C. Milan of Italy.

The stadium was a component of Turkey’s bid for UEFA Euro 2016. The authorities intend to undertake significant stadium reconstruction work in order to complete all UEFA requirements for hosting the championship.

With every seat covered, it was intended to increase the stadium’s seating capacity to over 90,000 people, making it the largest stadium in the world.

The pitch would have needed to be lowered by 2.15 meters in order to increase the net and gross capacities to 81,106 and 94,555, respectively.

All current hospitality areas on levels 3 and 4 would have been expanded to better accommodate VIP visitors and the media.

In addition, it was intended to add 12 new boxes to the west stand and 32 to the east stand in addition to the existing 36 skyboxes, for a total of 80 skyboxes following the reconstruction.

The 2020 UEFA Champions League Final was scheduled to be played at the stadium on 30 May 2020.[9] However the final was postponed due to the COVID-19 pandemic in Europe[10] and later relocated to the Estádio da Luz, Lisbon. It was due to stage the following season’s final, however this was relocated by UEFA on 13 May 2021 because of the COVID-19 pandemic in Turkey.[11] On 16 July 2021 UEFA announced that the stadium is scheduled to host the 2023 UEFA Champions League Final.

For the UEFA Euro 2024 bid the Turkish Football Federation planned to rebuild the stadium. The stands would be closer to the pitch, making it a football stadium.[12][13] Because of the removal of the athletics track, Turkey plans a new Olympic stadium near to Bosphorus for prospects for a future Summer Olympics.[14] The rebuild was made by Manchester-based British architecture company AFL Architects. Ultimately, the Euro 2024 tournament would be awarded to Germany instead.

Concerts
U2 360° Tour
On 6 September 2010, the renowned Irish rock band U2 gave a sold-out concert at the stadium with 54,278 fans in attendance, as a part of their U2 360° Tour, the opening act of which was performed by the group Snow Patrol