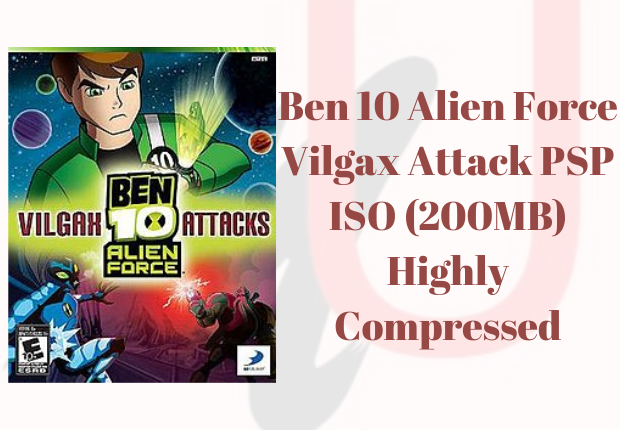 For trouble-free play, enable Auto Frame-skipping and use the display setting option to play the game in full-screen resolution.

The plot begins with Vilgax invading Earth with a massive Null Void projector. Professor Paradox sends the trio Ben Tennyson, Gwen Tennyson, and Kevin Levin back in time to prevent Vilgax from gathering a power source for his Null Void projector.
Ben and friends journey throughout the cosmos, aided by Grandpa Max and Ship, to prevent Vilgax’s terrible plan from becoming a reality.

The gameplay comprises of action and puzzle-solving based on the abilities of extraterrestrial forms. Ben, for example, may need to transform into his Humungousaur form to smash through doors or utilize Swampfire to ignite flammable things.

Each form may perform different combinations and special attacks, and Ben can gain new skills by beating enemies and collecting bright energy orbs.

However, activating a form’s intrinsic talents depletes Ben’s Omnitrix meter, preventing them from being utilized indefinitely until the meter can be recharged.