What exactly is a Chromecast and What can it do? 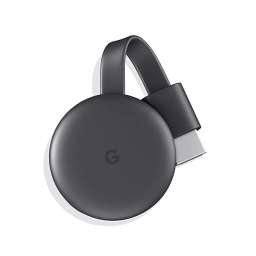 With the help of built-in Chromecast technology, you can stream your preferred media content and applications directly from your phone, tablet, or laptop to your TV or speakers.

What are the Alternatives To Chromecast Audio:-The Amazon Echo Link makes for the best Chromecast

Audio substitute due to its tight integration with Alexa’s smart home ecosystem and compatibility with almost all commercial audio systems.

Continue reading to learn our opinions of each product, as well as what we feel they do best and where they can be improved.

Why Look for Chromecast Audio Alternatives

Although carrying around wires is always more inconvenient than using wireless speakers, not all speakers are created equal. Google released the Chromecast Audio to bring this convenience factor and some smart features to regular wired speakers.

People were forced to look elsewhere because Chromecast Audio was no longer available, which is unfortunate. This is one of the main causes, along with the stoppage of software updates, for which you would search for a replacement.

Choosing The Right One

Which audio streaming system is best for you depends on your needs. You must verify the system on which each of the products mentioned here is based and ensure you have the required hardware in order for them to function.

Make a decision while also considering the type of media you’ll be playing through these devices. If spending money is a concern for you when buying one of these products, keep that in mind as well.

The Best All-Purpose Chromecast Alternative is Avantree Oasis Plus

Due to its dual functionality as a transmitter and receiver for audio content, the Avantree Oasis Plus stands out from the other devices on the list. It can receive audio from your phone and play it on a standard wired speaker as well as send audio from your TV, Bluetooth headphones, or speakers. You can also count on a lag- and delay-free experience when listening to audio through the Oasis Plus because of the low latency aptX and Bluetooth 5.0 technologies. 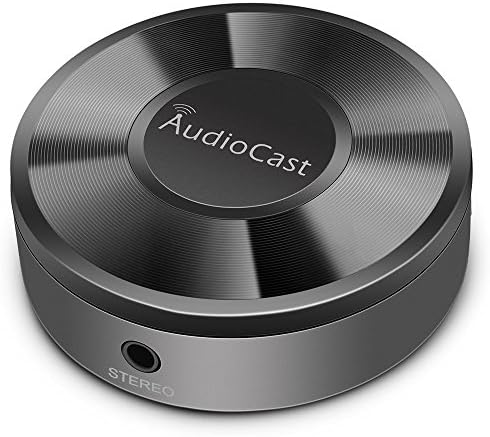 Despite being promoted as a Chromecast alternative, the Audiocast M5 does not support any Chromecast-capable devices.

But regardless of which system you use to cast your media, it will work because it uses DLNA to cast audio from your phone. The Audiocast plays it safe in terms of design and sticks to a tried-and-true formula because it resembles the Chromecast Audio so closely.

The device’s control app is cumbersome to use, setup may be difficult due to sporadic failures, and this is all without mentioning the app’s less-than-ideal English translations. If you don’t want to fuss with software much and are only concerned with how well the device produces audio, the Audiocast is a fantastic option. 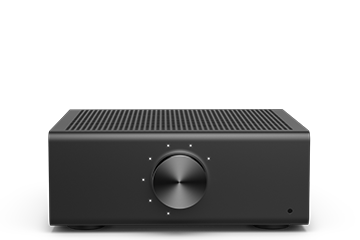 The Echo Link is Amazon’s entry into a replacement for the defunct Chromecast Audio. Amazon is well-known in the streaming stick and related markets. It completely eschews the Chromecast ecosystem by allowing you to stream music from your phone over Wi-Fi or Bluetooth.

The Echo Link has almost every popular digital and analog audio input, as well as a volume control on the front. To start listening to music wirelessly, connect your wired speaker system to the Echo Link and pair it with your phone.

With Alexa support, the Echo Link offers high-quality streaming music from services like Prime Music, Spotify, Tidal, and more. Giving your listening experience a hands-free element, you can ask Alexa to play anything you want.

If your speakers go through a receiver first, you can connect the Link to the receiver to access all smart features since the device also supports A/V Receivers. It works well with Alexa’s ecosystem for smart homes and can participate in routines that you’ve previously established.

Why Not Consider Streaming Sticks?

Additionally, you can do this with virtually any streaming stick that is CEC-certified and any TV that supports HDMI CEC. As a result, you should consider Chromecasts, Rokus, and Amazon Fire TV Sticks as excellent alternatives to Chromecast Audio.

Any Bluetooth receiver will do as long as it has the ports that a wired speaker system requires, like a coaxial input for digital or an RCA for analog input.

If you have the cables and a good amplifier, all you need is a Bluetooth receiver that can listen to signals from your phone or other device and transmit them to the speaker system.

A/V Receivers have amplifiers built in, so if you have one, it’s as easy as plugging in the Bluetooth receiver to one of its inputs with a 3.5mm jack and designating the speaker output to the receiver.

The A/V receiver will do the rest, and you will be able to play anything you want with your phone by connecting it to the Bluetooth receiver.

Recently, there have been several sound bars, receivers, and speaker systems with Bluetooth features, so if you’re upgrading, consider getting one of those if you want to play music on the sound bar over Bluetooth.

If you do get one of these speaker systems, you won’t need a Bluetooth receiver.

The Echo Link would be the best option if you already have an Alexa-compatible smart home setup. Making your home smarter is still worthwhile even though the cost is a little higher than average. I suggest the Autocast M5 if you’re looking for something simple to plug in.

It performs a few features that are practically necessary for a Chromecast Audio substitute and has those features. The Avantree Oasis Plus is a better choice if you want something that can send and receive audio.

Add to that the low latency of aptX and Bluetooth 5.0, and you have an all-in-one solution for audio transmission.

The reason behind the removal of Chromecast Audio.

Why was Chromecast Audio discontinued?

The official justification offered by Google for the Chromecast Audio’s demise was the existence of a number of competing products.

For the foreseeable future, Google will keep offering support for Chromecast Audio devices. Later on, however, the device won’t get any updates.

Does Chromecast sound better than Bluetooth?

Chromecast connects devices and plays media using protocols that have much more bandwidth than Bluetooth. The audio file you are playing will also play a role in whether Chromecast audio sounds better than Bluetooth audio.

What Channel Number Is Fox Sports On DIRECTV

How To Program DirecTV Remote RC73 in Simple easy Steps

What Channel Number Is Paramount On DirecTV

Roku No Sound: See Here How To Fix Within Seconds