Genk – Standard in a nutshell:

Shortly after Dragus’ connecting goal, Genk receives a penalty kick after Dewaele’s hand game. Dessers misses the eleven meter, but gets a second chance from the referee. The 3-1 is the final blow for Standard.

Man of the Match: 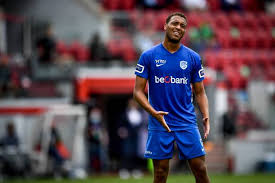 With 2 goals and an (unconscious) assist, Cyriel Dessers was the hero of the day for Racing Genk.

Yet Trésor and the young El Khannouss can also look back on a great match.

In his last 7 league matches, Standard could only win once. On March 20, the Rouches won for the last time, then 0-1 at the field of Kortrijk.

Despite a turbulent week, Genk started energetically against Standard. Paintsil brought the ball tight in front of the goal, where Dessers finished at the first post with a sublime heel.

It was the signal for a real stampede. A smart pass from the young El Khannouss ended up at Trésor, who put the double lead on the board in two times.

Standard didn’t know how to make arrows from scratch, but created tension again around half an hour. Dragus got a little too much space on the edge of the sixteen and curled the 2-1 into the top corner. A bolt from the blue.

Still, the home team was not put off and a few minutes later the ball went on the spot after Dewaele’s hand play. Bodart stopped Dessers’ eleven meters, but it turned out that he left too early.

The resit was accepted with thanks: 3-1.

After the break Genk forget icing on the cake:

In the second half it soon became clear that both teams had shot their best arrows before half-time. Although the final phase still provided the necessary spectacle.

Vandevoordt first had to stretch completely to prevent the connecting goal, after which both Preciado and Muñoz aimed for the post face to face with Bodart.

Genk, for example, took its first win of the season on match day 2, well deserved. Standard lags behind with a meager 1 in 6.

Dessers: “Don’t know if this was my last game for Genk”

Cyriel Dessers(Racing Genk) expressed contentment with the way the match began today. He also took satisfaction in scoring right away. I feel very at ease in this group, and I have a lot of fine players around me. I don’t know if this will be my last match, as there are many other people involved. It was Genk’s game. I can’t answer that at this time. It will be interesting to see how it goes.

Wouter Vrancken(coach Racing Genk) remarked, “I am very proud of how my players performed. I also mentioned that Standard were a dangerous side because they had more players than they did last year. We have maintained the same level of individuals as we did in previous years. We have just beaten two strong sides 6-0 and we dominated the build-up phase as well as the transition. I am very pleased with our performance today.”

Bilal El Khannouss(Racing Genk) spoke about how he prepared himself properly for the game after hearing that he would play. He worked hard all week and was rewarded today. There was some stress, but it disappeared as soon as he entered the field. I believe everything will work out today, as we have worked hard all week. We were ready for today’s game, and last week we lost undeservedly, so we wanted the three points.”

Ronny Deila(coach Standard) : described his team’s performance as ‘very difficult’ after a 1-0 defeat against Genk. ‘We started off very badly,’ he said. ‘We conceded early on and gave away quite a few chances. We had a lot of possession but didn’t create many chances. We lost the ball a lot and were punished by Genk. We should have lost because we gave away too many chances and created too few ourselves.’

Having fallen behind after only four minutes, Gilles Dewaele (Standard) realised that it would be difficult playing away from home. We weren’t really able to get out of our half, and we were a little bit late everywhere. Afterwards, there was a little more control, but on the side we kept having problems. We quickly went 2-1 down, but then I made a penalty error and things became difficult.

Reactions after Genk vs Standard match 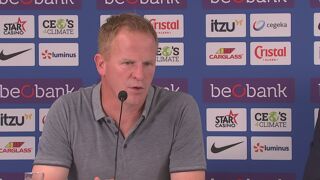 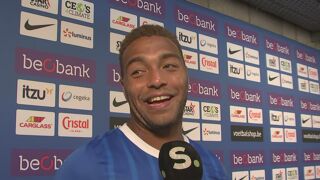 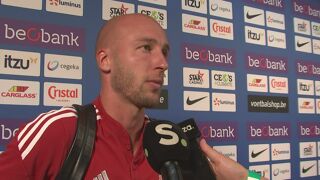 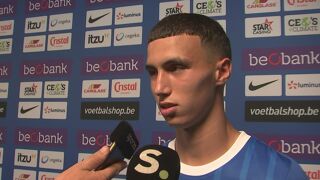 Nichelle Nichols (89) Star Trek Passed Away, What She Meant To the World