Wanging’ombe District is one of the Districts of Njombe Region. It was established in March 2012 before that it was part of Njombe Rural District.

As a result of this ecology, the residents of Wanging’ombe are engaged in the cultivation of food crops which are corn, sorghum, round potatoes, sweet potatoes, beans, cassava, groundnuts, wheat, pulses and peas and commercial crops such as coffee, tea, sunflower, pareto and peanuts as well as Animal Husbandry.

Along with agricultural activities, the cattle residents are also engaged in beekeeping, cattle, goat and chicken breeding as well as small businesses. 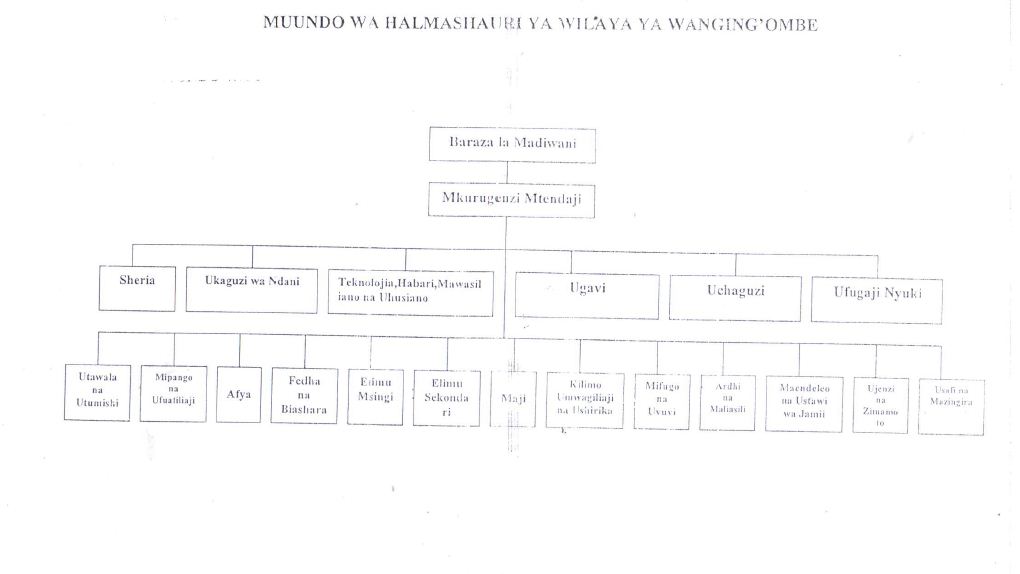 Must be qualified in Form IV with a Class E or C1 driver’s license that he has worked for at least one year without causing an accident.

He has attended a basic driving course (Basic Driving Course) offered by the Vocational Training College (VEm) or another College recognized by the Government.

i. Inspecting the car and after the trip to determine the condition of the car,

V. To fill in and maintain all travel information in the travel log

Vi. To clean the car, and

Vii, To do other work as assigned by his Supervisor,

Based on the Government standards ie TGS B Salary

Click here for masharti ya jumla ya Kazi, General conditions to the applicants for Nafasi Za kazi Wilaya Ya Wanging’ombe

The deadline for applying for jobs is August 5, 2022