Nvidia High Definition Audio and Realtek: When connecting your PC to a TV through HDMI, the audio driver Nvidia HD Audio is utilized. On the other hand, all other audio output devices, including speakers, headphones, and more, utilize the Realtek HD Audio driver.

Continue reading to learn about the strengths of each driver and determine if it is feasible to choose between them.

How to know which audio driver Is Suitable

Bare in mind the specified sound-card model information. The manufacturer’s name and the model number are often included in this, which is placed next to a speaker symbol. Choose the sound-card driver you need using the information provided. 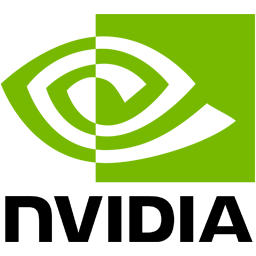 When you connect your PC to a TV, Windows utilizes Nvidia High Definition Audio as the audio driver to provide audio to the TV.

Only if you have an Nvidia graphics card and link the HDMI wire there rather than to the motherboard will you be able to view this.

This is because HDMI uses the same interface to carry both video and audio, and you’ll need an Nvidia driver to get the audio to your TV.

This is where the High Definition Audio driver enters the picture, since it can deliver the audio portion of the HDMI stream via the GPU’s sound controller.

All audio outside of the HDMI display output is handled by the Realtek High-Definition Audio driver.

This implies that any audio devices, such as speakers, headphones, AV receivers, and amplifiers, utilize the Realtek driver for audio.

If your motherboard includes the ports that the majority of motherboards provide, the driver can output both analog and digital audio.

These analog ports provide audio output through speakers or headphones.

If you don’t often record and edit high-quality lossless audio, these drivers, which function with the motherboard’s built-in audio card, should be enough for 99 percent of users.

Are They Different from One Another?

Where the two are employed is the key distinction between them.

Because using the onboard sound chip in the GPU for HDMI is quicker, the Realtek driver doesn’t handle the audio for the HDMI output from your GPU.

Here, the Nvidia driver intervenes to manage the audio intended for the TV or HDMI display to which you have connected your computer.

Everything else is taken care of by the Realtek driver, which is very standardized and can identify and deliver audio output to any plugged-in speaker or headphones.

Additionally, the Realtek Audio Console gives you additional control over the Realtek driver.

Nvidia HD Audio, however, has very little tuning choices and configures itself.

What Both Audio Drivers Are Best At

It is simpler to comprehend what audio drivers excel at now that we are aware of what they accomplish and the hardware that they were designed for.

The Realtek driver, on the other hand, is more of a master of all crafts and works with practically all audio outputs and inputs, including headphones, speakers, and other audio gear.

In contrast to the Nvidia driver, which is unable to utilise Bluetooth features built into your motherboard or computer, the driver also enables wireless audio devices.

You will mostly need the Realtek driver since the Nvidia driver only functions when your PC or laptop is connected to a TV through HDMI.

Overall, the Realtek driver is the best and only option if you don’t need to use your TV as a display; but, if you must, the Nvidia driver becomes your only option.

When using your PC with your TV, the only method to receive audio on a set of headphones or speakers other than the TV’s built-in speakers is to rely on the input choices that your TV provides.

For instance, your TV must have a 3.5mm headphone socket if you wish to utilize wired headphones with it.

Can I choose the driver I need?

Because of the way your GPU and your PC function when you output a display to a TV, you are unable to use the driver of your choice.

You cannot use Realtek drivers while using a TV through HDMI as a display since the motherboard has no option in the matter of audio when you feed audio through your graphics card.

The graphics card does not play a part in sound transmission at that moment, thus you cannot utilize Nvidia HD Audio while your TV is not connected through HDMI.

The shift takes place automatically, and Windows manages it rather effectively.

Unless you deal with sound or music a lot, the auto-switching is more than adequate.

Since the Nvidia driver only functions when your PC is connected to a TV through HDMI, often there won’t be any conflicts between the two drivers.

However, if a conflict does arise, make sure Integrated Audio is enabled in your system’s BIOS.

Should I turn off Nvidia high definition audio?

Disabling Nvidia High Definition Audio won’t result in any problems unless you utilize a TV as the display for your computer or laptop.

If you ever wish to connect your PC to a TV so you may utilize the TV speakers for audio output, keep in mind to re-enable it.

Should I install the Nvidia audio driver?

To send an audio stream through HDMI to an external display with speakers, you simply need to have this driver installed.

If you decide you don’t need it, you may choose not to install it.

Although GPUs by themselves cannot harm your audio, the drivers they utilize could.

The simplest solution to this problem would be to enable Integrated Audio in your computer’s BIOS. This has been a problem with certain PCs, notably HP models.

Although each driver has advantages and disadvantages of its own, if you are a frequent user, neither driver will hinder performance.

Maintain both of your drivers up to date; to update Nvidia HD Audio, use the GeForce Experience application from Nvidia, and to update Realtek, go to the website of the company that makes your motherboard or laptop.

You may use your Realtek driver with your TV if your computer has a motherboard with an HDMI output.

Use the HDMI port on the motherboard rather than the one on your graphics card.

By doing things this way, you’ll be able to manage the audio on your TV just as you would any other computer-connected device.