The Canadian Scholarship is a yearly program which is aimed at Undergraduates, Masters and PhD Students who wants to study in CANADA.

The scholarship program aims to honor students who exhibit exceptional creativity and academic achievement and who are regarded as leaders in their schools. The student’s influence on their school and community, as well as their potential to benefit the world community in the future, are given special consideration.

These scholarships, which are given out annually, honor deserving students from all over the world, including foreigners who attend Canadian high schools. This is the most prestigious and competitive scholarship available to international students at U of T.

For four years, full housing support as well as tuition, books, and incidentals are all included in the Lester B. Pearson International Scholarships. Only the University of Toronto is eligible to receive the scholarship. The number of Lester B. Pearson Scholars will be around 37 per year.

To be eligible to apply to the Pearson International Scholarship, you must be:

Applying Students must be 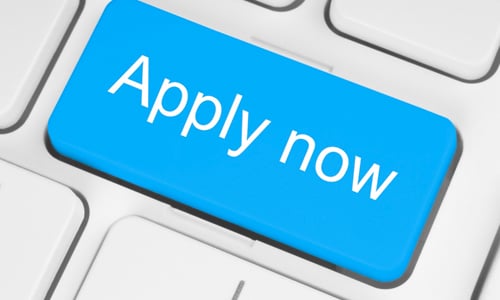 You must be nominated by your school and apply to the University of Toronto for undergraduate studies in order to be considered a Pearson Scholar. Inquire about nominations from the guidance counselor at your school. Your personalized, secure link to the Lester B. Pearson International Scholarship application will be sent to you once you have been nominated and submitted an application to the University of Toronto.

Students who have demonstrated exceptional academic ability and creativity, who are recognized as leaders in their schools, and who have the potential to make future contributions to the global community are considered to be Pearson Scholars. By virtue of their range of interests, intellectual vigor, and influence on the life of their school and community, they can be distinguished from other students who may have comparable high academic results.

About the University of Toronto

The University of Toronto (UToronto or U of T) is a public research university situated on the Queen’s Park grounds in Toronto, Ontario, Canada. King’s College, the first university in Upper Canada, was established by royal charter in 1827. The university took on its current name in 1850 after separating from the Church of England and becoming a secular organization.

As a collegiate institution, it consists of eleven colleges, each of which has a significant degree of autonomy over institutional finances and matters of character. The St. George campus serves as the main campus for the University of Toronto’s tri-campus system, with satellite campuses in Scarborough and Mississauga serving as its other two locations.

200 graduate programs and over 700 undergraduate ones are available at the University of Toronto. The university consistently ranks as the top university in the nation and among the top ten public universities in the world in all significant rankings.

It is one of only two members of the Association of American Universities outside of the United States, along with McGill University in Montreal, and it receives the most funding and endowment for scientific research of any Canadian university each year.

Academically, the Toronto School—commonly referred to as the Toronto School—in literary criticism and communication theory is renowned for its influential movements and curricula. The university produced the first artificial cardiac pacemaker, stem cell research, and insulin.

As well as the location of the first successful lung and nerve transplants. In addition, the university was the birthplace of the first electron microscope, deep learning neural networks, multi-touch technology, Cygnus X-1, the first black hole discovered, and the theory of NP-completeness.

The intercollegiate athletic teams that represent the university in competitions within U Sports, primarily in ice hockey, rowing, and gridiron football, are known as the Varsity Blues. In November 1861, a game of gridiron football was played at University College of the University of Toronto.

The university’s Hart House, a large Gothic revival complex that serves as a cultural, academic, and recreational hub, is an early example of a student center in North America.

7 TIPS TO CREATE A PERFECT CV

SCHOLARSHIP IN U.S. – HOW TO APPLY(EASY 6 STEPS)

Scholarship for Overseas Education – How Easily to Get Yours! – You may be luck