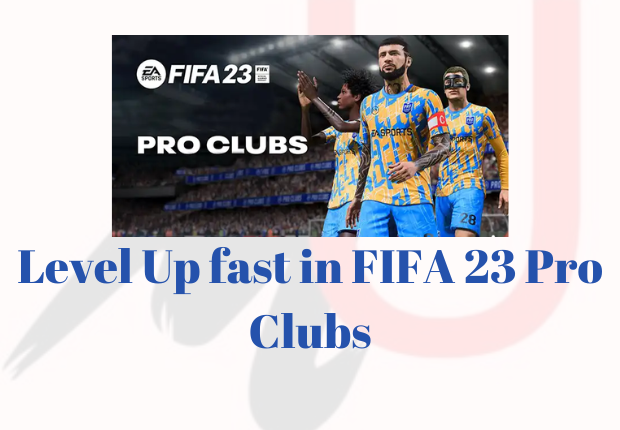 EA Sports have released their trailer for the latest edition in their successful FIFA series, with FIFA 23 due to be released towards the back end of September, with excitement building.

The game is the biggest football simulation on the market and the latest title is just around the corner, with fans already excited to find out more about their favorite football game.

After EA Sports have just released the trailer, the excitement is certainly building around the title. The trailer gave us our first official insight into the game and we’re certainly buzzing about it!

Although we don’t know all the details yet, we do know some things about the title, for instance, Kylian Mbappe will be joined by Chelsea Women’s star, Sam Kerr.

She’s the first female to feature on the cover and it’s a continuation of EA Sports’ inclusion and promotion of the women’s game which grows year after year with the franchise.

There will be women’s club teams for the first time as EA Sports continue to push for an equal playing field for both men and women.

Cross-play is set to be introduced in FIFA 23, with them testing the feature in FIFA 22 ahead of its inclusion in the next title in the series. You’ll be able to use this in a range of modes from online friendlies, FIFA Ultimate Team, and the new mode ‘FUT Play A Friend.’

As always, FIFA Ultimate Team (FUT) will be the main attraction for the game, with reliable FUT leaker FUTZone claiming five new Icons will be included in the game.

EA has confirmed that we will see new Icons and Heroes in FIFA 23 with a revamped chemistry system in FUT to give you brand new ways to build your Ultimate Squad!

After the official release trailer has been premiered, it’s safe to say excitement for the game is just growing and growing, with fans looking to restart their journey through Career Mode or start their Ultimate Team on a clean slate as they look to acquire the players they most desire.

The game has been revamped, with all new mechanics which improve the way players accelerate and shoot, including a new system for free-kicks and penalties.

If you pre-order the Ultimate Edition of the game, you’ll receive a whole host of in-game bonuses like previous years, focusing on helping kick-start your Ultimate Team.

On top of that, you’ll get access to the game a few days earlier than those who have opted for the Standard Edition, getting you on the game as soon as possible

The new FIFA game is almost always great and this year is no different. EA has upped its game once again with the latest installment of its football franchise, adding new features, smarter players, and better graphics. With that in mind, there are still a few things we think could be improved to make FIFA 23 PS4 even better.

Here are five ways to make FIFA 23 PS4 even better. From more minor improvements to big changes that would take the game to the next level, these are some ideas that could help transform FIFA as we know it today into something even greater tomorrow. Read more about FIFA 23 PS4

One of the biggest problems with the gameplay in FIFA has long been the lack of variety, which has been the same for years.

There’s little difference from one match to the next, and the flow of the game rarely changes. The ball rarely goes out of play, and there are pass-and-move combinations in every game.

Those problems have been there for a long time, and there’s been no indication that EA plans to address them. They’ve always focused on the positive aspects of their game, highlighting the fact that it’s easy to pick up and play, which is true.

But the gameplay has been repetitive for years, and it’s past time they addressed that issue. One way they could do that is to bring back more of the variety that was present in the game before. If they do that, the gameplay will feel more like real football.

Better Atmosphere in the Stands

One of the biggest improvements FIFA 19 makes over FIFA 18 is the atmosphere in the stands. It’s the first time in years that the stadiums have felt like they’re full of people rather than cardboard cut-outs.

Some of that is due to the improved visuals, but most of it is down to the new AI that’s programmed into the game. It’s an important part of the experience of playing FIFA, but it’s something that’s been neglected for too long. The stadiums need to feel like they’re full of people, and they need to react to the game.

Stadiums are an important part of the experience, so EA must improve them. Ideally, they would replace the AI with real-life stadium sound effects, but that could be tough to implement. Even if they don’t go that far, they need to improve the AI to make the stadiums feel full and alive.

One of the biggest problems with FIFA 19 is that dribbling has been made too easy. It’s been toned down since FIFA 18, but it’s still too easy. It’s perhaps the easiest it’s ever been. One way to make FIFA 23 PS4 even better would be to overhaul the dribbling system.

That would make dribbling more challenging, but it would also make it more rewarding. When you do succeed in taking the ball past an opponent, it would feel more like you’ve earned it. It would be something to be proud of. It would feel like you’ve genuinely succeeded.

Every year, EA adds a few new women footballers to FIFA. They’ve now added all of the real-life players who play in the Women’s International Australian Rules Football team and they’ve added some women’s footballers from a few other countries. That’s good, but it doesn’t go far enough. They need to add more women footballers to the game.

One of the biggest changes FIFA 19 is expected to make to the gameplay is with the way penalties work. That’s a good change, but it doesn’t go far enough. It would be even better if it were possible to customize the rosters for tournaments.

FIFA Ultimate Team is a hugely popular mode, but it’s also one that brings with it a lot of problems. The biggest of those is that it’s all too easy to spend real money on the game to purchase coins and items that give you an advantage.

It would be possible to prevent coins and items from Ultimate Team from giving players an advantage. It would be a big change, but it would make the game a lot more enjoyable for the majority of players.

One of the most fun things about FIFA is the celebrations that come after scoring a goal. They add to the experience of playing the game, but they could be made even more fun. They could be improved with better graphics.

FIFA is almost always great and this year is no different. FIFA 19 adds new features, smarter players, and better graphics. With that in mind, there are still a few things we think could be improved to make FIFA 23 PS4 even better.

There is more variety in gameplay, a better atmosphere in the stands, a dribbling overhaul, more women players, customizable rosters for tournaments, and visual improvements to celebrations and ad-on celebrations.

These are some ideas that could help transform FIFA as we know it today into something even greater tomorrow.

Apex Legends Gaiden Event: How To Win The New Characters