20 September 2022, I invite you to look at what is written in the front and back pages of the Tanzanian Newspapers,

Newspapers with Top Headlines(Tanzania Magazetini Leo 20 Sep 2022) will be posted below. 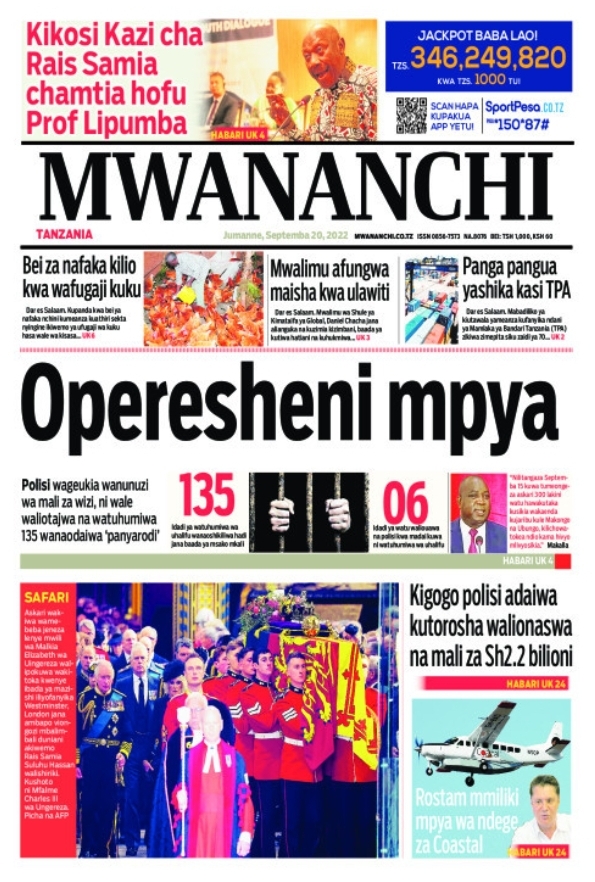 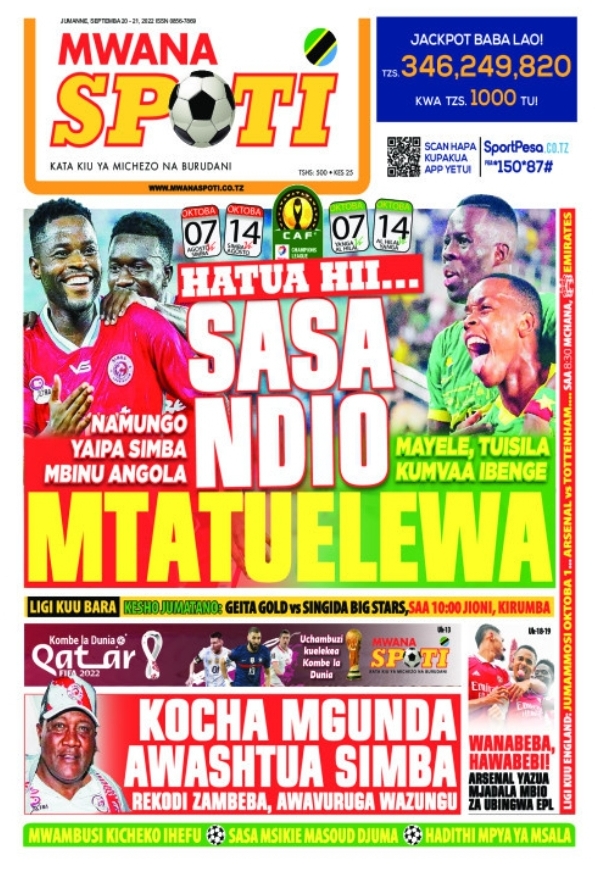 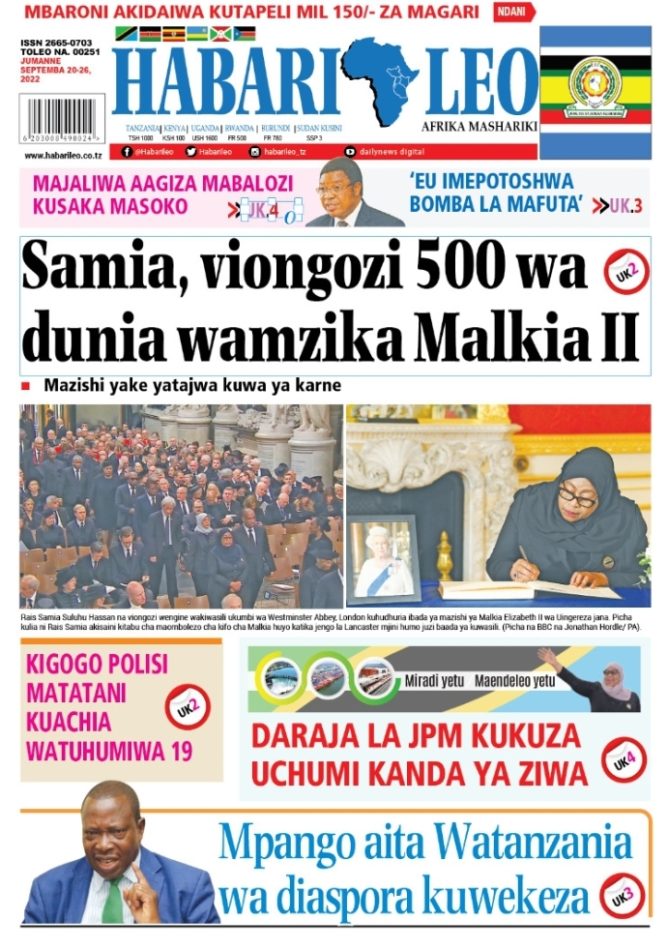 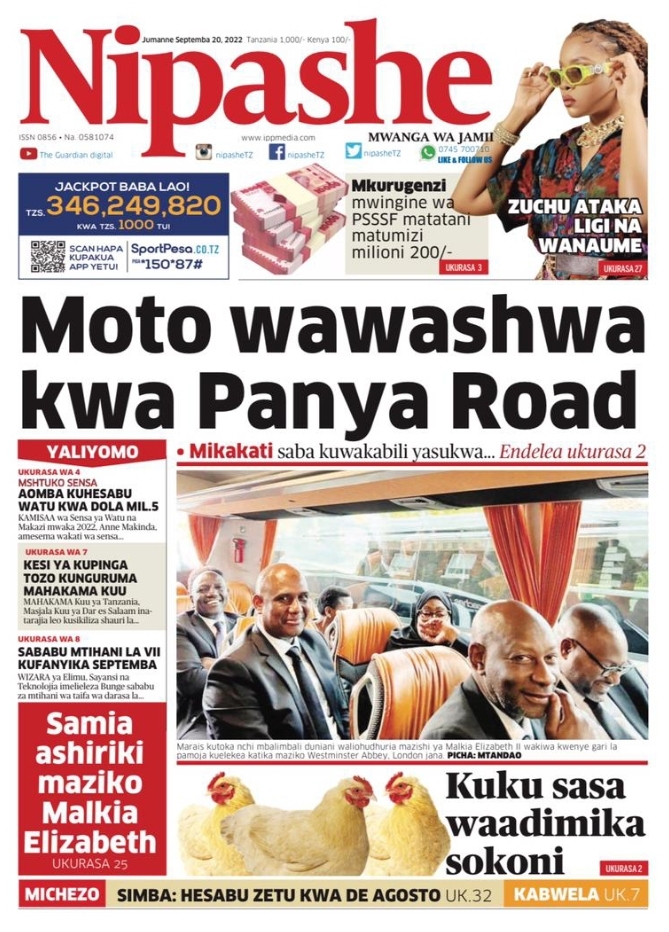 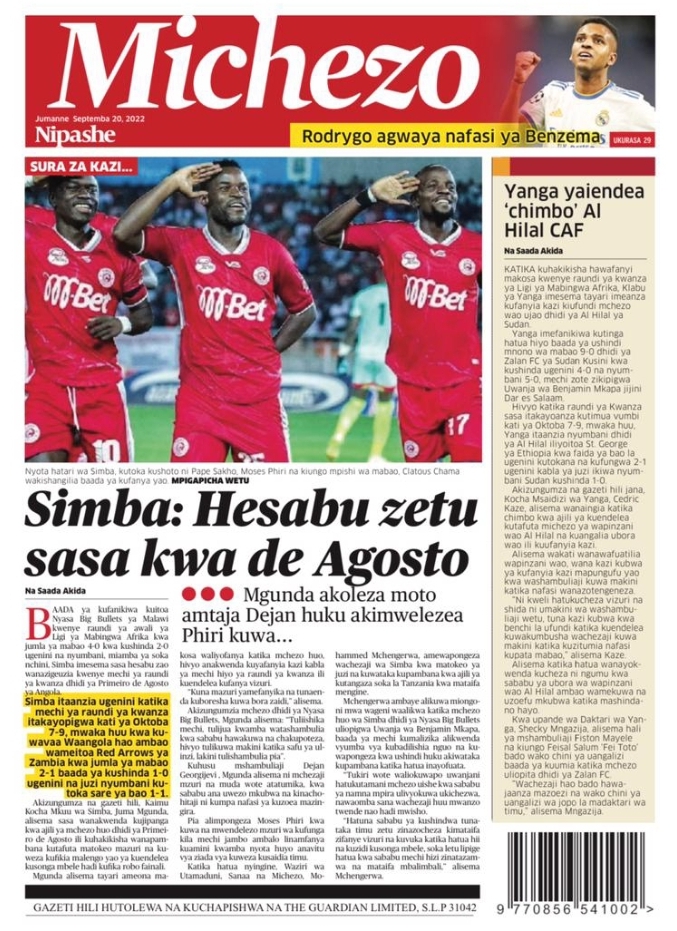 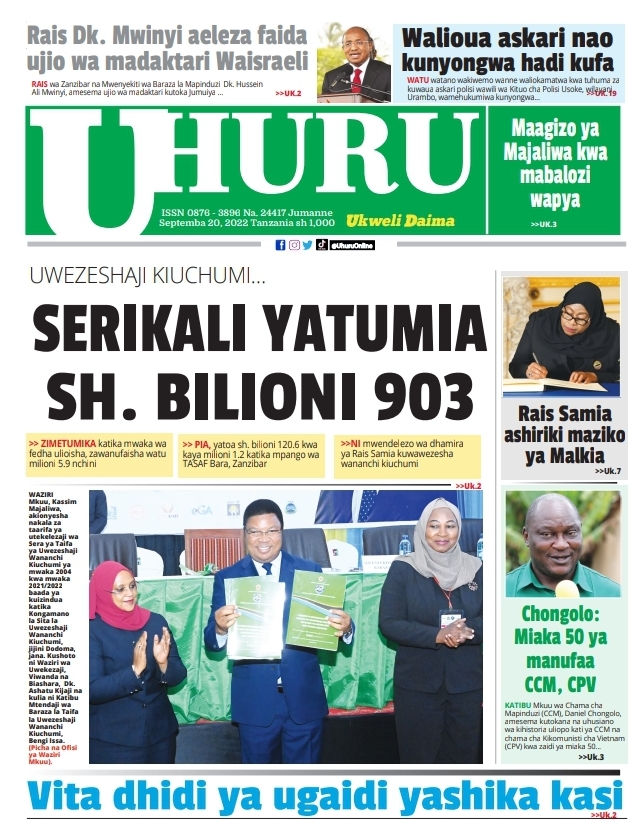 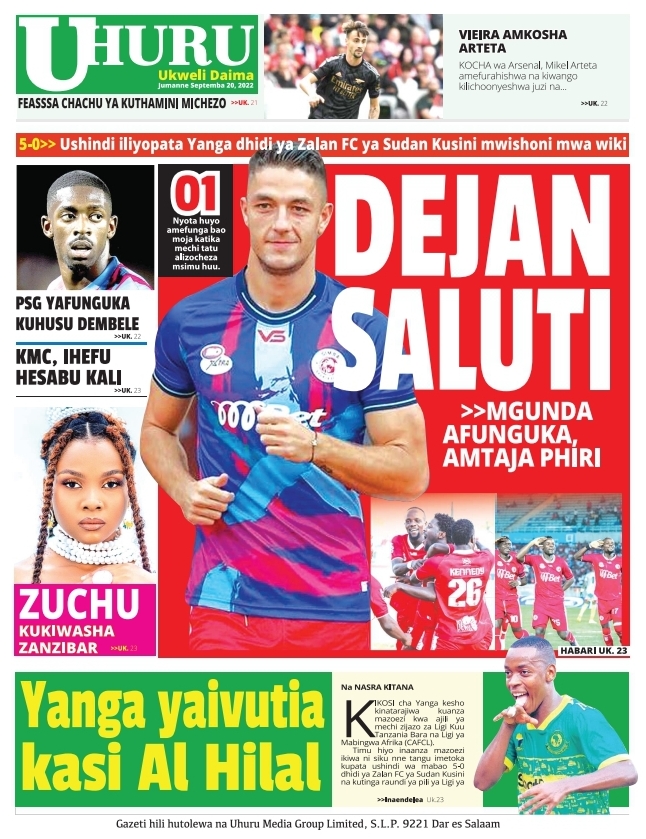 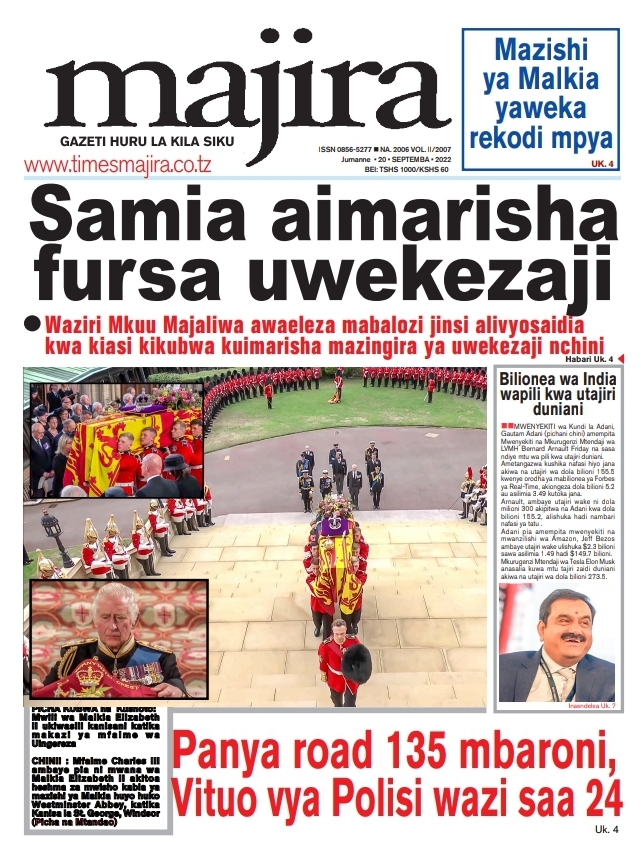 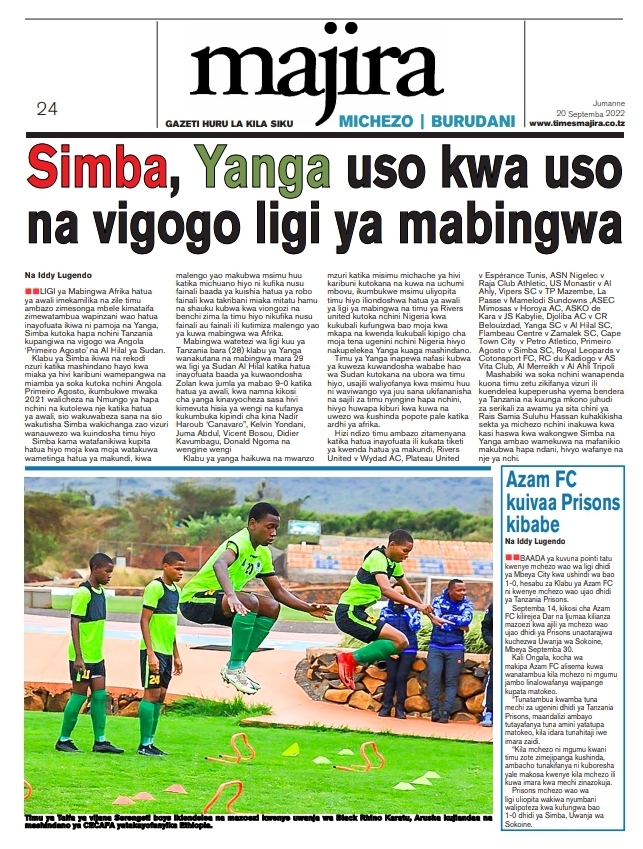 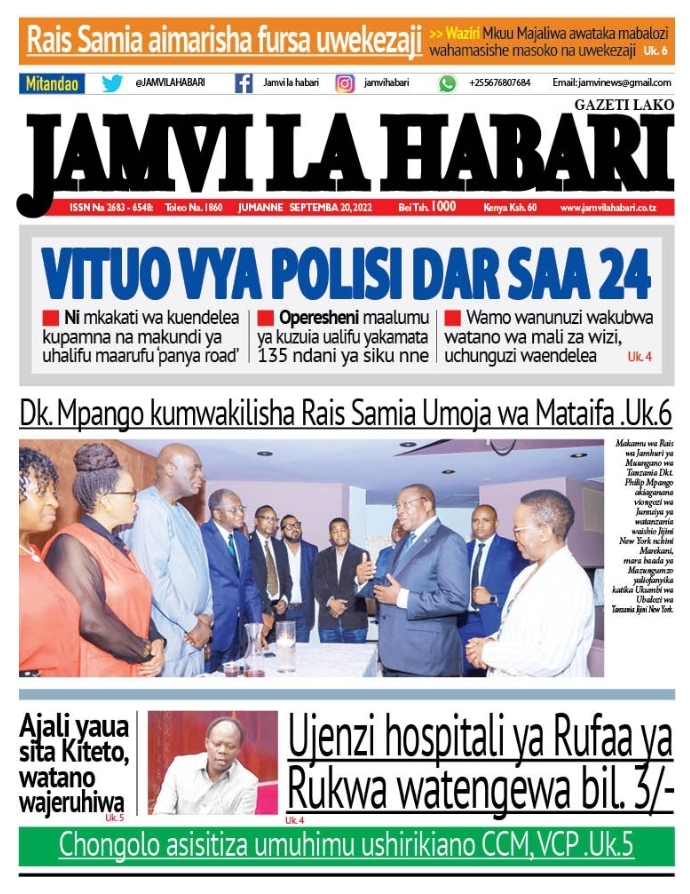 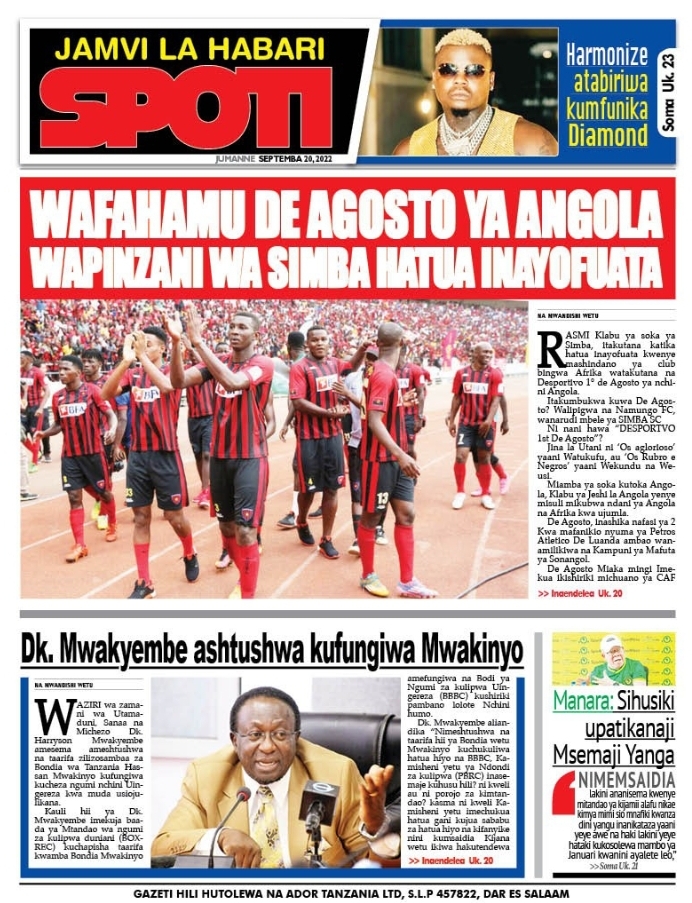 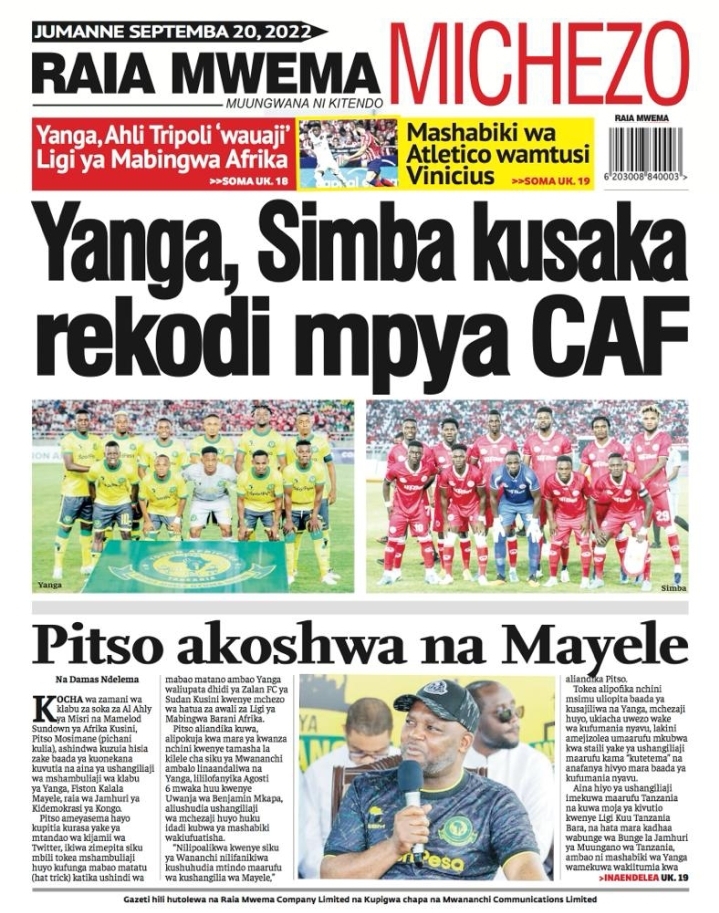 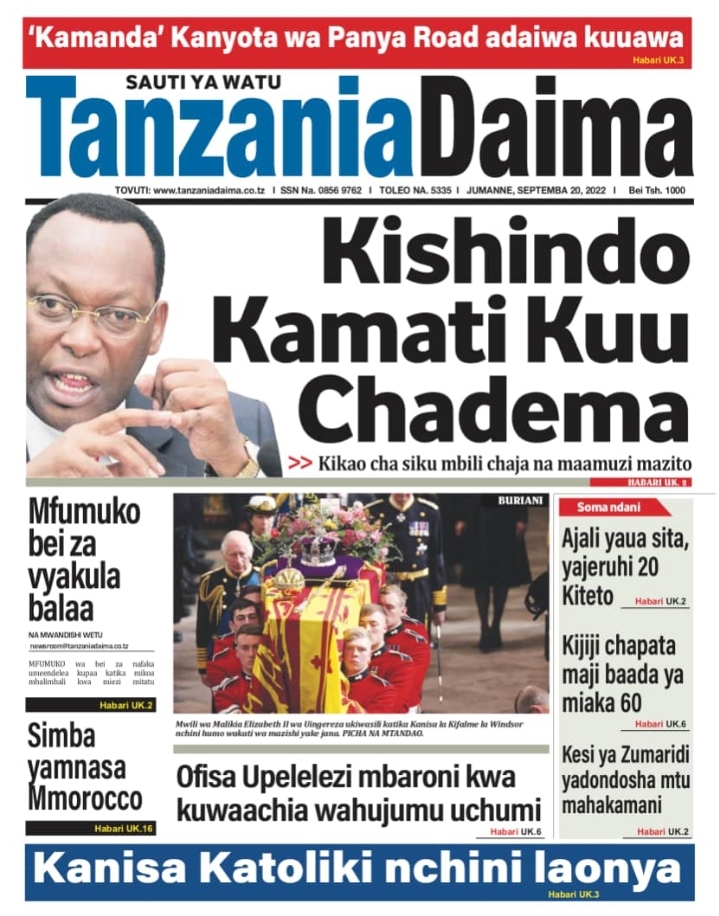 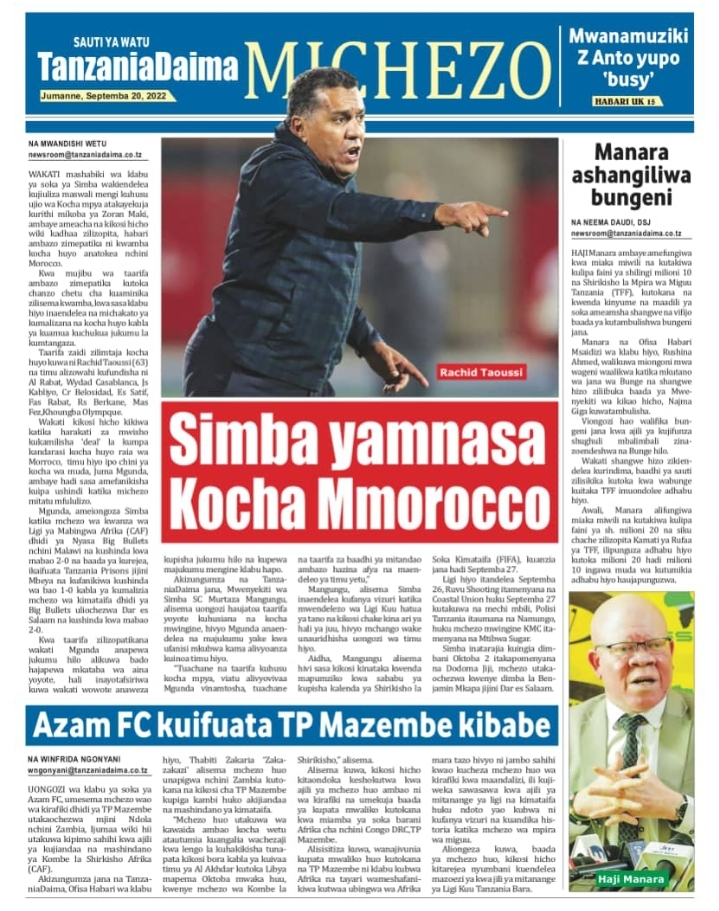 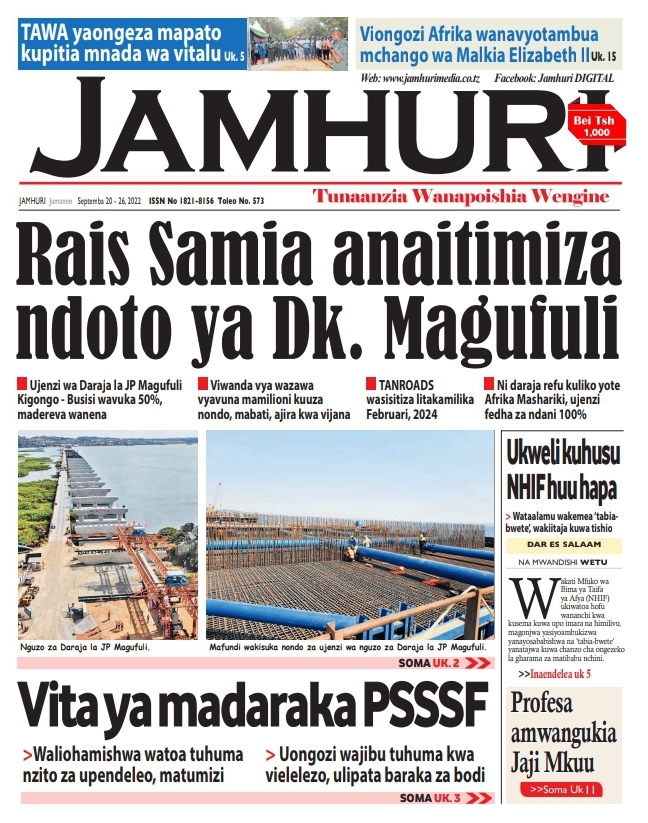 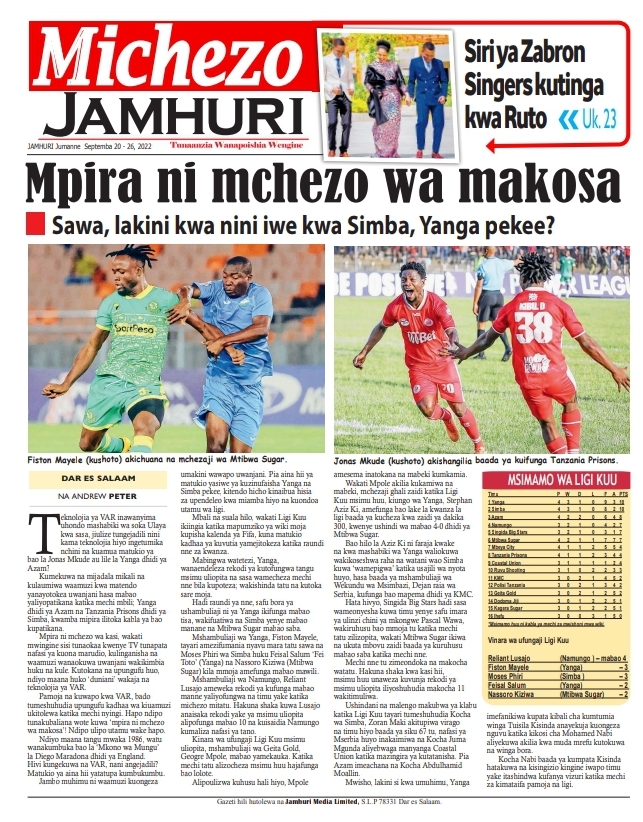 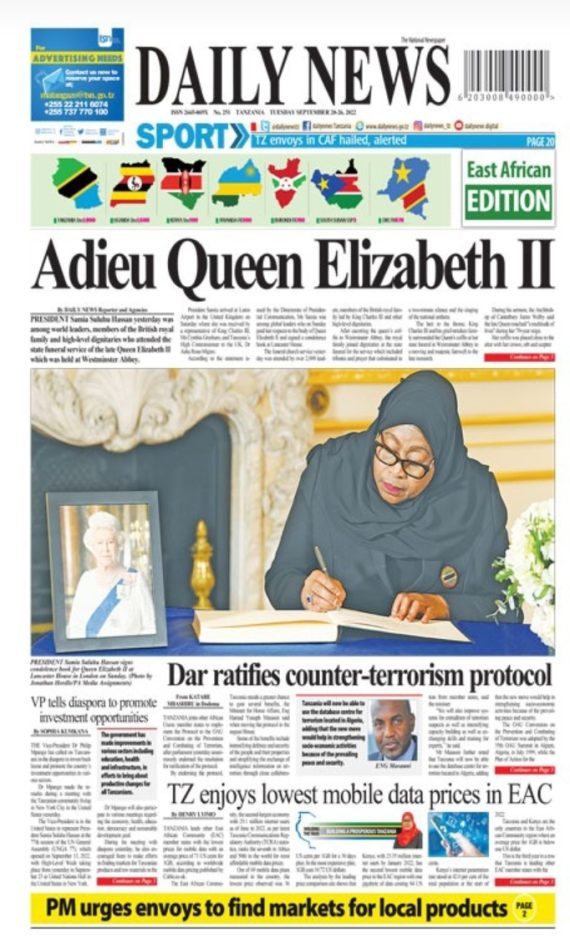 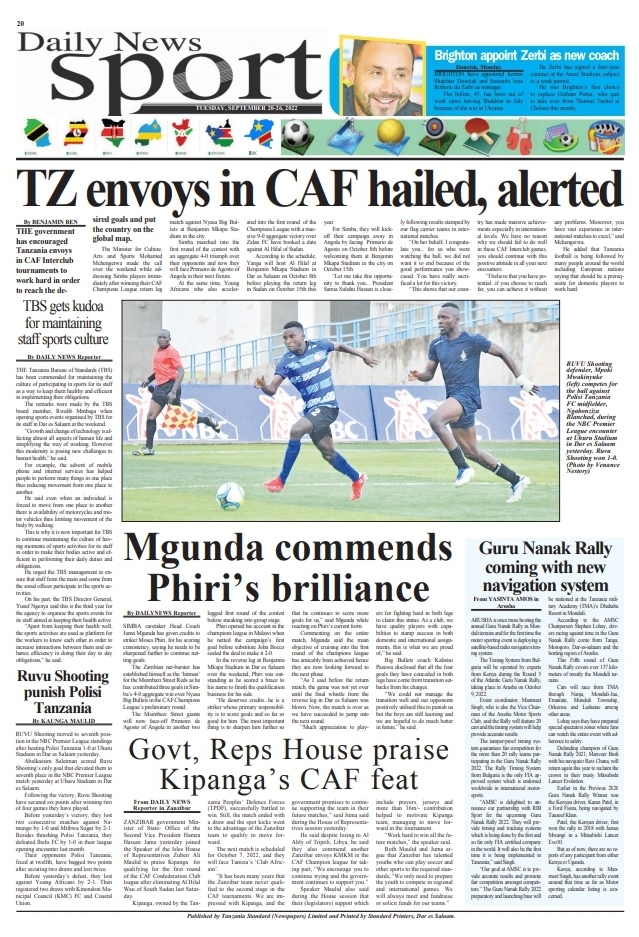 There has been a decline in sales of paper copies of newspapers as a result of the internet’s introduction, and many newspapers are now digital, with their news being presented online rather than in a physical format.(Vichwa vya Habari Magazetini Leo 8 Sept 2022 Top Headlines in Tanzanian Newspapers )